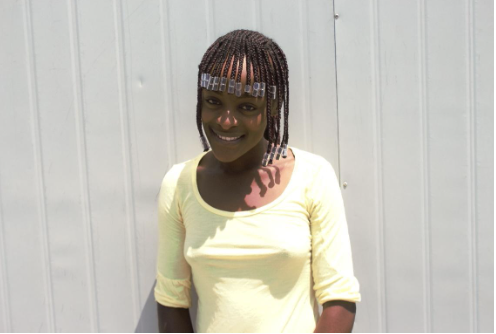 Depression is 2-3x more common in people living with HIV. For Aliness, an HIV-positive young woman from Lusaka, Zambia, depression has been an ongoing challenge since a doctor first disclosed her HIV-positive status to her.

Aliness was first diagnosed with HIV at the age of nine, but she only came to know about her HIV-positive status when she was 14 years old. When she was eight, a growth started developing behind her ear, which led to a hospital visit where her guardians were told about her HIV status. Her guardians did not know how to break the news to a young Aliness, so they chose to tell her that the antiretroviral drugs (ARVs) she would have to take were for the treatment of the growth.

The growth eventually disappeared, but Aliness was warned that if she stopped taking the medication, it would reappear. By the age of 14, Aliness grew to no longer see the need for taking her medication, and decided to stop. A bout of illness soon followed that landed her in the hospital, where after running a test, her doctor disclosed to her that she was HIV-positive and asked why she had stopped taking her medication.

Aliness recalls being shocked, sad, and broken by the news, and these mental health struggles made it difficult for her to adhere to her treatment.

“I blamed my parents for my situation. I was angry at my father for not telling me the truth,” she says. “I fell into depression and isolated myself from family and friends. I struggled to continue taking the drugs now that I knew the whole truth.”

A few years later, after several bouts with depression, Aliness joined a support group at a local health facility. It was during one of the weekly meetings there that she first heard about Grassroot Soccer (GRS) and its SKILLZ Plus program: a fun, interactive, and youth-friendly intervention that uses soccer and play-based learning to support the specific needs of youth living with HIV. Designed in Zambia in 2012, SKILLZ Plus builds the individual assets of youth living with HIV, empowering and supporting them to live happy and healthy lives by addressing different aspects of living with the virus — including prevention and transmission, adherence to ART, disclosure, healthy relationships, and mental health.

The program that Aliness attended was led by Esnart, a SKILLZ Plus Coach from the community who is also HIV-positive herself. For the first time, Aliness found herself around people she could openly talk to about her status without shame, and with a trusted mentor who could relate to what she was going through as an HIV-positive young woman.

At home, Aliness’s anxiety and depression were affecting her ability to sleep. She shared about her sleep troubles with Esnart, who gave her a copy of GRS’s MINDSKILLZ Magazine and encouraged her to read it at home. The Magazine is a fun, sport-based mental health resource that provides comprehensive concepts on mental health and includes practices that help empower young people to navigate their mental health challenges.

Spending time with the Magazine and completing its practices has proven to be an effective coping tool for Aliness, especially when it comes to helping her sleep habits.

“Every time I struggle with sleeping, I would stay up late at night overthinking — until I started reading MINDSKILLZ Magazine,” she says. “Questions in the Magazine are helping me overcome stress and depression. I know when I’m not okay because of the questions I read in MINDSKILL Magazine.”

Now 22 years old, Aliness has returned to school and has goals of venturing into business once she completes her education. She continues to be an advocate for mental health wellness for people living with HIV in her community.