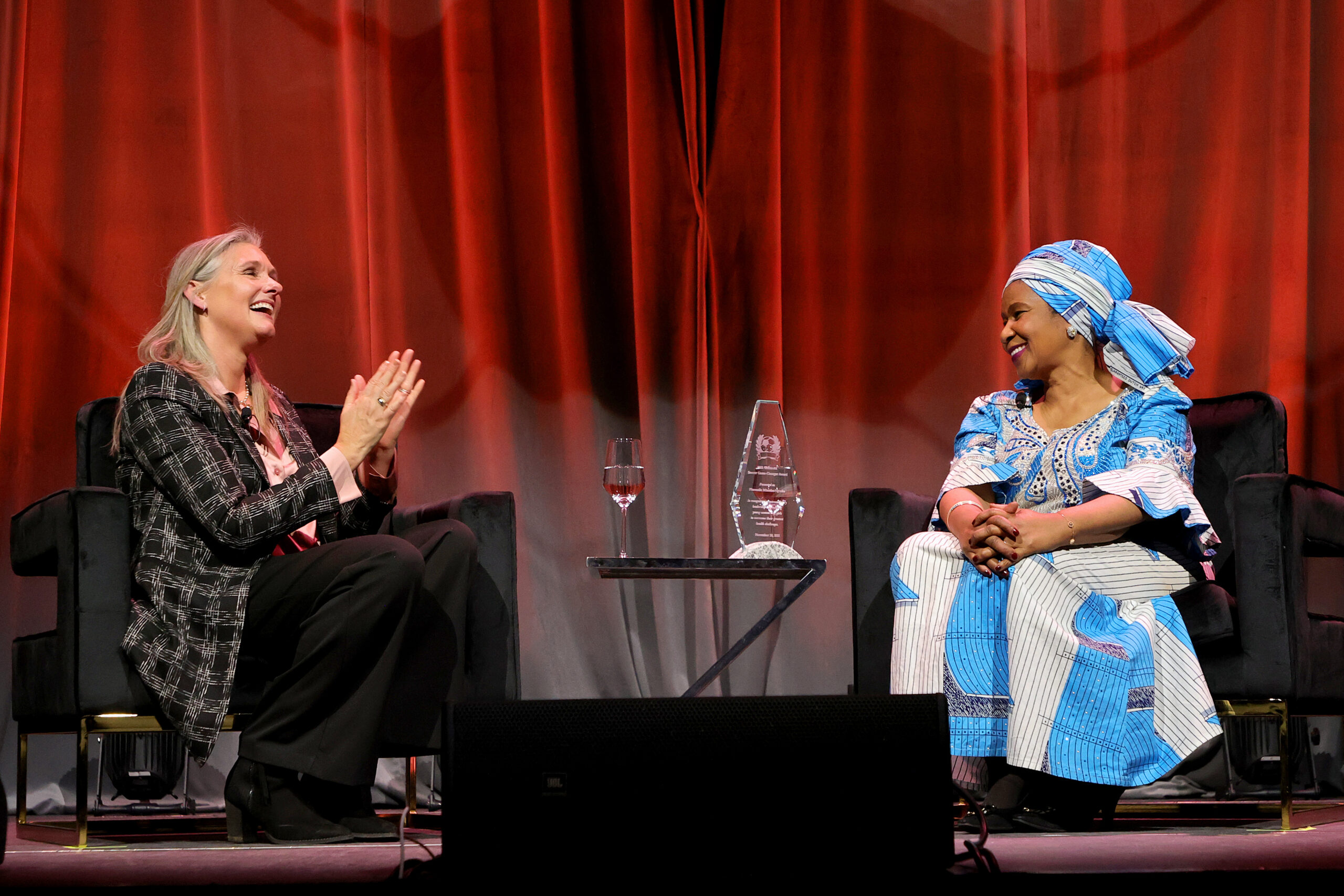 Grassroot Soccer (GRS) is delighted to announce that former U.N. Under-Secretary-General and Executive Director of U.N. Women Dr. Phumzile Mlambo-Ngcuka has been elected to the GRS Global Board of Directors!

Since her days as a student activist and organizer fighting against apartheid in her native South Africa, Dr. Mlambo-Ngcuka has worked tirelessly on issues of human rights, equality, and social justice, with a specific emphasis on gender, education, and youth development.

Dr. Mlambo-Ngcuka was sworn into office at the U.N. in 2013. During an eight-year term with U.N. Women, she led the organization’s innovative work on transforming social inequalities and discriminatory norms — launching initiatives such as the HeforShe movement, which drives men and boys’ engagement in gender equality, and helping countries change hundreds of discriminatory laws that negatively affect women and girls. She also successfully mobilized a historic $40 billion in financial commitments from U.N. Member States, the private sector, philanthropies, and civil society to support a series of ambitious and transformative actions to achieve irreversible progress towards gender equality.

Prior to her service with the U.N., Dr. Mlambo-Ngcuka had a trailblazing career in the South African government. Beginning as a member of the first democratically elected South African Parliament and culminating as the nation’s Deputy President — the highest-ranking female political leader in the nation’s history — her time in elected office focused on undoing laws inherited from the apartheid regime and overseeing programs to combat poverty and bring the advantages of a growing economy to the poor, with a particular focus on women.

Dr. Mlambo-Ngcuka began her career as a teacher. She is the founder and chair of the Umlambo Foundation, which supports leadership and education in South Africa, and in January 2022 she was appointed chancellor of the University of Johannesburg.

“Since our founding, Grassroot Soccer has reached more than 13 million young people through our life-saving programs,” said Tommy Clark, GRS Founder and CEO. “Dr. Mlambo-Ngcuka is an inspiring global leader whose wealth of knowledge and deep expertise in education, gender equality, and youth development will be invaluable to GRS’s efforts to reach and engage millions more.”

A Game-Changer in Adolescent Health

In November 2021, Dr. Mlambo-Ngcuka was honored at the Seventh Annual Grassroot Soccer World AIDS Day Gala with the first ever Grassroot Soccer Game-Changer Award. The award honors a leader who has changed the game in adolescent health and who exemplifies GRS’s vision for a world in which all adolescents, no matter their circumstances, are able to take control of their health and live happier, more productive lives.

Dr. Mlambo-Ngcuka sat down with Dawn Averitt, GRS Global Board Member and founder of The Well Project, at the Gala for a powerful conversation on gender equality and addressing the most pressing needs and challenges facing young women and girls in sub-Saharan Africa — and how GRS is making a difference in these areas.

“Young people love sports, and it’s important to make sure that their love of sports must become a mechanism for them to get better health,” said Dr. Mlambo-Ngcuka. “I respect soccer for what it can do. It can be, and has been, a life-saver for many young people…It can play that role of being an enabler to a more meaningful, richer life.”

To learn more about all members of GRS’s Global Board of Directors, click here.