International Women’s Day 2019 is March 8. The following post was written by Amellia Chifodya, former Zimbabwe Women’s National Team player and Grassroot Soccer Zimbabwe Curriculum Development and Training Officer, in response to the following question: “Why is a more gender-equitable world better for everybody?” Click here to learn more about International Women’s Day and and this year’s theme, #BalanceForBetter. 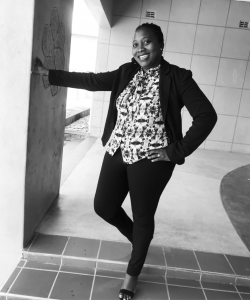 Amellia Chifodya believes that “regardless of gender, one can achieve whatever they are determined to achieve and get the best results ever.”

Equality as we all know it today has been formed and moulded into an idea that is still changing. We have witnessed a transformation in women’s legal rights, educational achievements, and participation in public life. In most regions, countries have expanded women’s legal entitlement and our Zimbabwe has not been an exception. Government officials, laws, and most influential people have aided in the prevention of oppression towards women of all races and classes. Today, more women are exercising leadership in politics, business, and sports, more girls are going to school and more women survive childbirth and can plan their families. Yet, despite this progress, no country can claim to be entirely free from gender based discrimination. This inequality can be seen in gender wage gaps and unequal opportunities, low representation of women in decision-making positions, child marriages, gross violations of rights, and widespread violence against women and girls.

In recent years, education and sports have come to be seen as critical investments to advance women’s empowerment and economic development. But despite great progress in getting girls to participate in sport and get education, we have not yet succeeded in fostering the transformational change that is needed for equality.

In many places, legal restrictions, early marriages, domestic chores and early childbearing continue to hinder equality of opportunity. To make greater progress, we need to expand the choices that young women have in their lives. This requires special attention to the rights and challenges of adolescent girls. It is at this stage of their lives that pressures increase, they are needed at home, they are seen in terms of their reproductive and domestic roles and this puts their education, health and future opportunities at risk. Early socialization can play a key role.

This is where my story begins.

I began playing soccer at a very tender age of seven. Many people shunned the idea of soccer as a career for a girl, but I soldiered on. It just came naturally, I cannot say I chose soccer but soccer chose me. Growing up in Mzilikazi, one of Bulawayo’s oldest suburbs, playing soccer was never easy considering that I was female and the community holds women who play soccer in contempt. Being born a woman in such circumstances is a disadvantage, but I set out a pathway of resistance to inspire the girl child and change the mindset of the boy child to embrace gender equality. I would challenge the boys I played with to everything that they did just to prove that women can also do what men can do. My family became the talk of the community after I took a major stride from playing soccer with the boys in the community to joining a soccer club. My Mum was often told that “She will be very strong so much that she will never conceive and no man will ever marry her.”

The stigma was overwhelming as I was called all sorts of hurtful names, but my family stood firm and supported my choice. Some boys would even be told not to play with me because a girl child should be doing house chores – not hanging around with boys. I had to endure being ridiculed and laughed at when I had to wear a dress going to church as well as training. It was not easy. Nevertheless, I stood my ground and trained harder until I broke into the Zimbabwe Women’s National Soccer Team and won the respect of people in my community.  Regardless of gender, one can achieve whatever they are determined to achieve and get the best results ever. 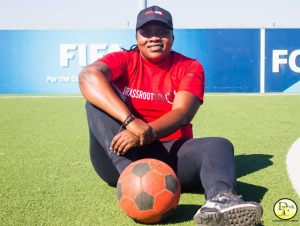 After a career spanning fifteen years, I decided to hang up my boots due to a recurring knee injury that I had picked up in the early years of my career. I had the drive to plough back to my community and Grassroot Soccer (GRS) Zimbabwe gave me the perfect opportunity and platform to fulfill it. I found this refreshing, being part of a noble initiative not only as a spectator but as an active participant, which has earned me a lot of respect. Sharing my soccer expertise and experience with the young people at the same time helping the youth in my community to make healthy choices in life. Growing up playing with boys (and even right now my best friend is male) has made me comfortable in connecting with and understanding men. GRS has taught me how to talk to boys and once I broke the ice, they began to understand how women feel and why gender equitable societies are a better world for everybody. 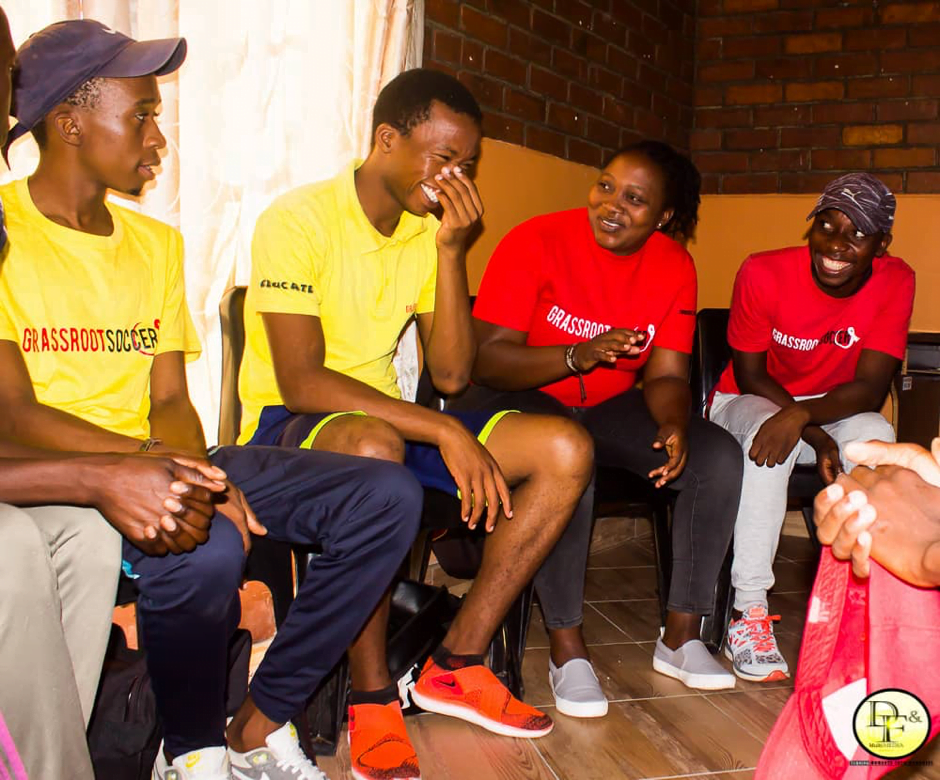 “Grassroot Soccer has taught me how to talk to boys,” Chifodya says, “once I broke the ice, they began to understand how women feel and why gender equitable societies are a better world for everybody.”

I live my life the way I want, without the fear of being judged or falling short, aiming higher and higher each and every day. I am very grateful for the health information GRS imparted on me which led me to making healthy choices when I had my son, unlike other girls in my community who would never access antenatal care when they got pregnant for fear of knowing their HIV status. I am a mother now and blessed with an eleven-year old son, Kunashe Lance. As a woman, there are a lot of things that I want to achieve in life and I have a belief and courage I will achieve them all. 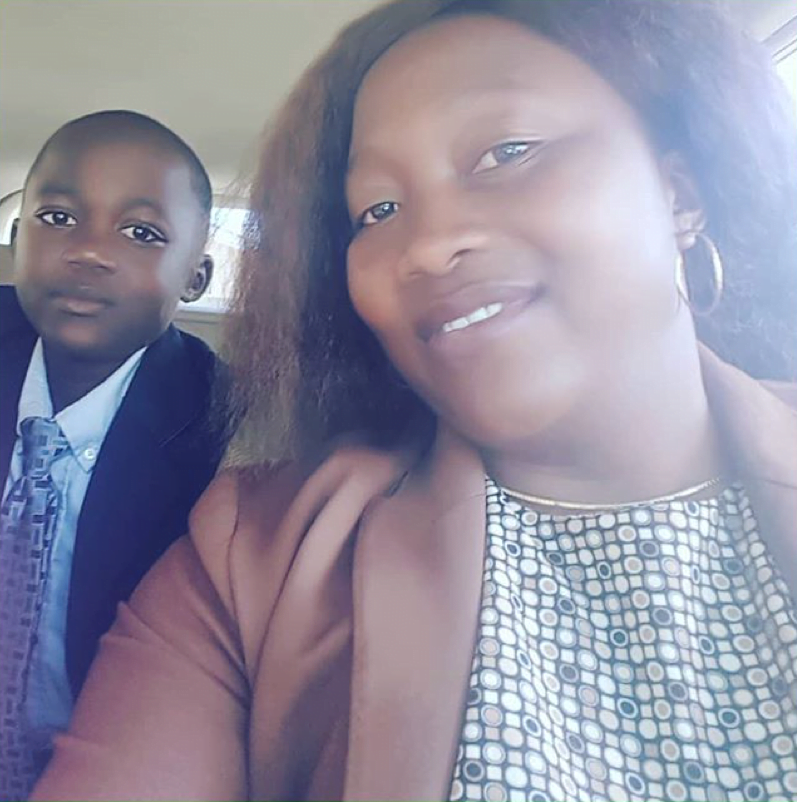 Addressing the gender inequality problem is a difficult path to take. The resistance is not only from males but females as well. They were made to believe that they are second class citizens to their male counterparts and to change their mindset is an arduous task. Girls require equal educational opportunities as boys for us to attain equality. I’m quite happy that we are moving in this direction.

The gender gap does not only hurt women, it hurts everyone. It influences people’s susceptibility to different health conditions and diseases; promoting gender equality and the empowerment of women are effective approaches to combating poverty, hunger, and disease while stimulating development that is truly sustainable. If we focus on the health of the whole person, we will make leaps of progress towards a more equitable world were women and children not only survive but thrive. It will be a world where SHE is equal.