On Saturday, August 18th, Grassroot Soccer (GRS) teamed up with Sky Blue FC of the National Women’s Soccer League (NWSL) and EDP Futures, to empower girls in GRS programs to live healthier lives while inspiring girls in the U.S. to succeed on and off the field. 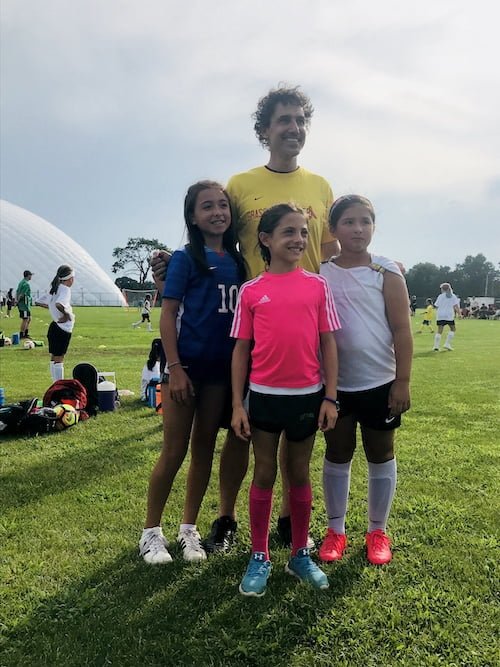 The afternoon in Piscataway, NJ began with the EDP Futures & Grassroot Soccer Challenge Hosted by Sky Blue FC. Girls from the EDP Futures enjoyed an afternoon of fun, non-competitive soccer, and learned about the work of Grassroot Soccer from co-founder Ethan Zohn. EDP Futures is the initial stage of the EDP Soccer program and establishes a focus on the development and fundamentals of a soccer player in an unpressured environment. Thanks to the generosity of Krā, players were kept hydrated throughout the event with organic sport drinks. 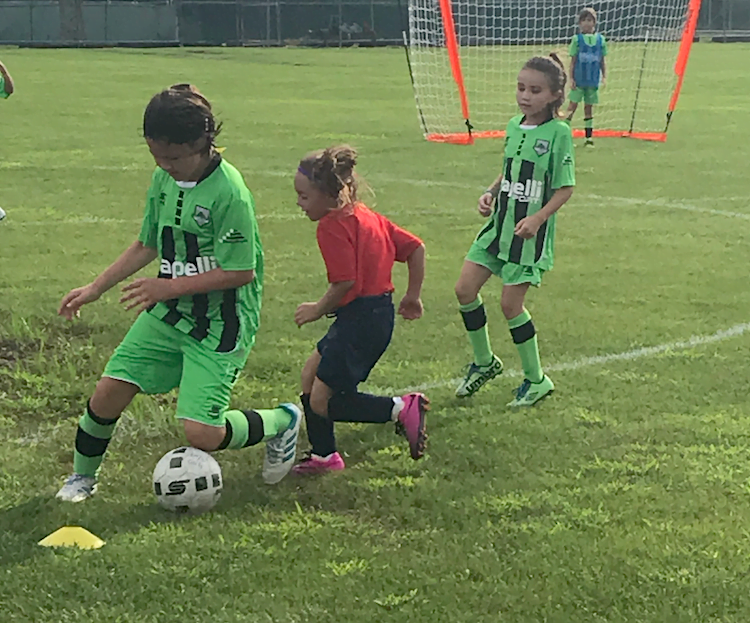 After the Challenge, the girls were given the opportunity to attend the Sky Blue FC match versus the Utah Royals FC. By being part of an NWSL match, including a halftime parade, they were able to cheer on their local Sky Blue professional players, who are real-world examples of women who have reached the highest level of their game and care about giving as many girls as possible the same opportunity to succeed on and on off the field as they have had. Players in the match included USWNT star and 2x FIFA Player of the Year Carli Lloyd for Sky Blue FC, and USWNT player and Grassroot Soccer Global Ambassador Christen Press for Utah Royals FC. 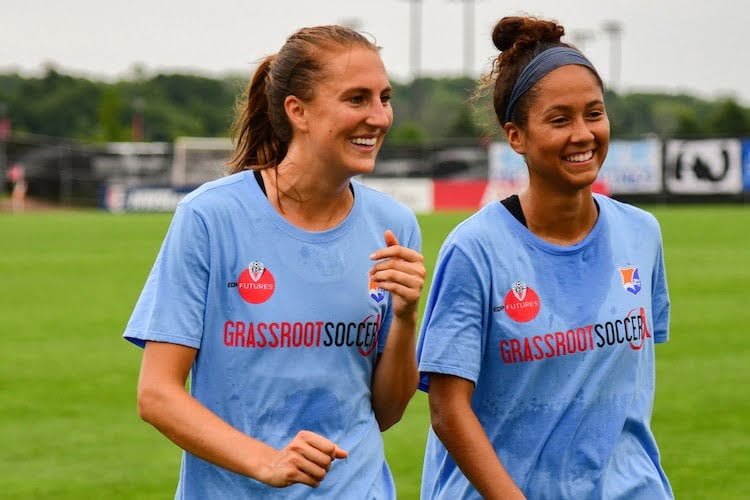 Prior to the match, Sky Blue FC players warmed up in co-branded Grassroot Soccer, EDP Futures and Sky Blue FC shirts. Those shirts were then autographed and auctioned off on the concourse during the match. The bidding was fast and furious as fans jockeyed for a special memento from their favorite players. 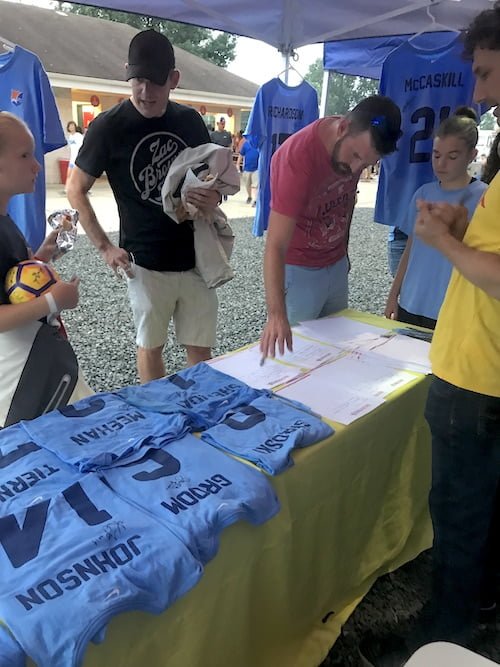 It was a busy night as bidders jockeyed for the special GRS / Sky Blue FC / EDP signed player shirts.

During a special pre-match presentation, Ethan Zohn was named as honorary captain for Sky Blue FC for the evening, and fans were given more information about Grassroot Soccer and our work. 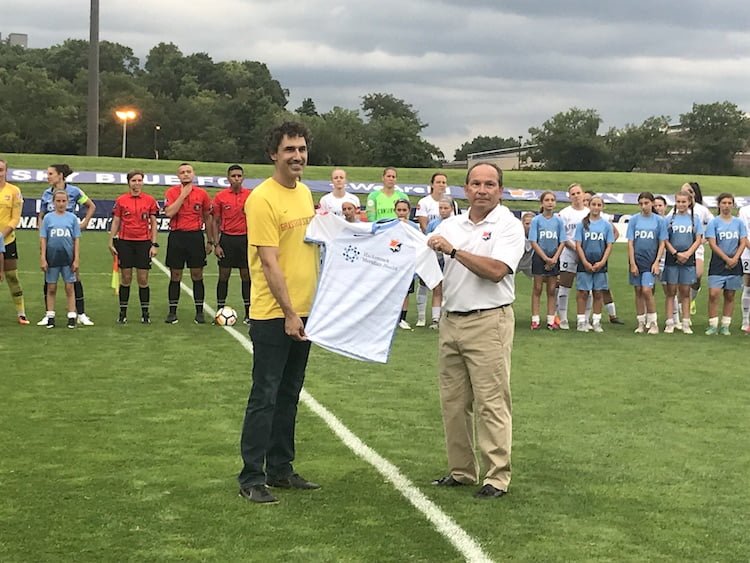 Through the generosity and support of EDP Futures, Sky Blue FC, and the fans, the day’s events raised funds to provide critical health education, life skills, access to health services, mentorship, and support to over 120 girls through Grassroot Soccer programming. We are incredibly grateful!

Meet Coach Florence Tembo: “Life Has Not Been an Easy Journey”