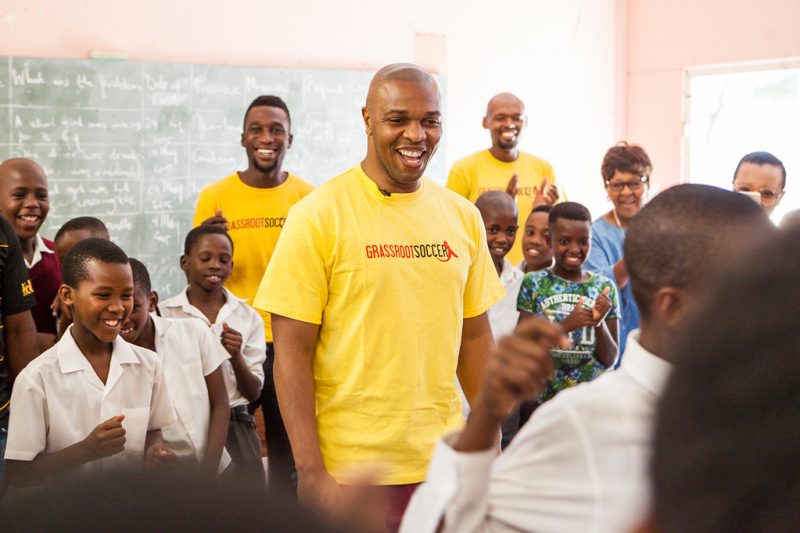 On Monday, February 19, 2018, Fortune visited Grassroot Soccer’s SKILLZ Boy intervention with Grades 6-7 in the Eluxolweni Primary School in Site C, Khayelitsha, and participated in the organization’s sport-based adolescent health activities that challenge harmful gender norms, and seek to prevent HIV and gender-based violence. Fortune said, “Grassroot Soccer provides a safe, supportive space for youth to be heard, and to thrive. They may face challenging circumstances but these boys and girls are so determined to pursue their goals. I have been so moved to spend the day here at the Football for Hope Centre in Khayelitsha, and I can’t wait to see where life takes these future stars!” 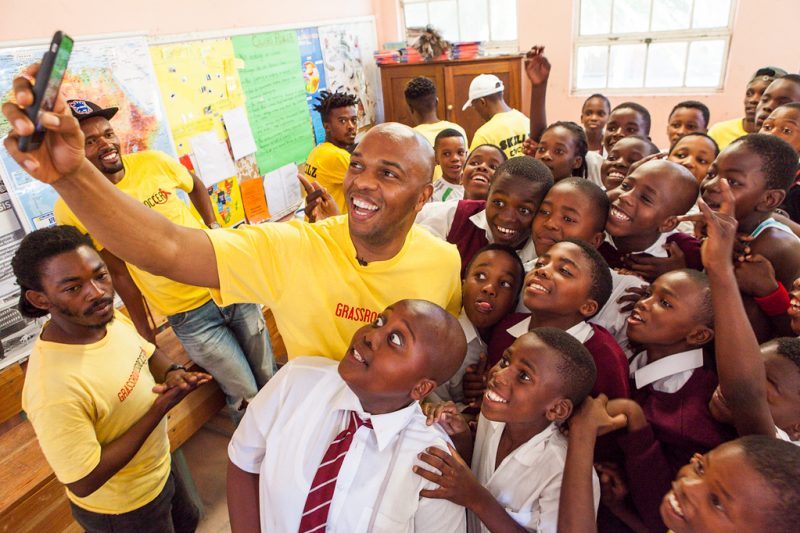 Growing up in South Africa during apartheid, Fortune left for the UK in 1991 at the age of 14. After a spell playing for Atlético Madrid, he was signed by Manchester United in 1999, and it was there that he enjoyed the most successful period of his career, playing 126 times in seven years. Fortune was thought of primarily as an attacking left-sided midfielder, but he also filled in as a defender. The former midfielder played 46 times for South Africa.

Fortune also uses his fame to promote gender equality and speak out against gender-based violence. He supported the anti-domestic violence group Tender, as part of their “Don’t Kick Off” campaign during the 2010 FIFA World Cup in South Africa, aimed to stop men from using soccer as an excuse for violence against women. Additionally, he is also a Laureus Sport for Good Ambassador, supporting the work of HIV prevention organisation Kick4Life. 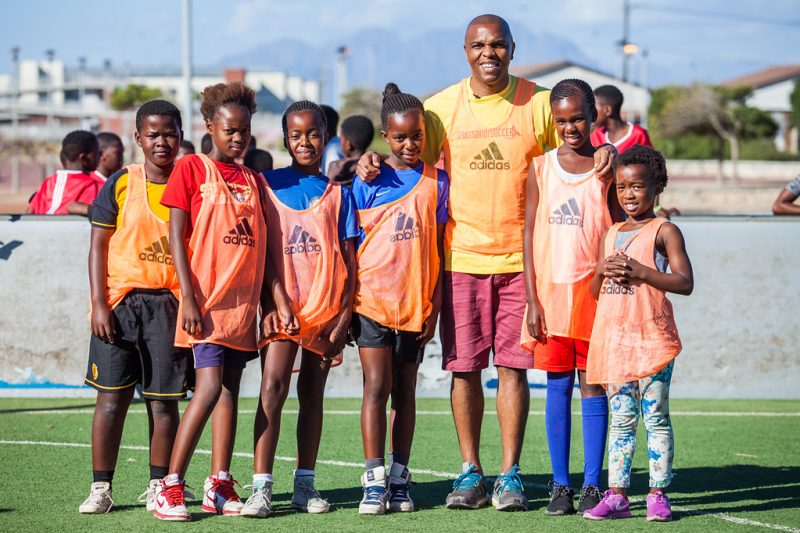 Tony Gubesa, Grassroot Soccer Site Manager, said, “Today was fantastic and I think that what stood out for me was for the kids to spend some time with Quinton. Most of the time the kids look up to a role model on TV, so to be close to him… it was amazing.”

Fashion Forward: A Hood for Good

Mojalefa’s Story: “I Am Grassroot Soccer”