LONDON, ENGLAND — On Friday 1st December, to mark this year’s World AIDS Day, celebrities, footballers, and leaders in business and media came together to support a fundraising gala evening for Grassroot Soccer at 8 Northumberland, in London’s West End. Grassroot Soccer uses soccer as a platform to educate over 2 million young people in 50 countries around the world about health issues, including the dangers and preventative measures of one of the greatest health challenges in Africa: AIDS. More than 300 guests attended and the World AIDS Day Gala raised £600,000, which will make a significant impact in the lives of thousands of youth. 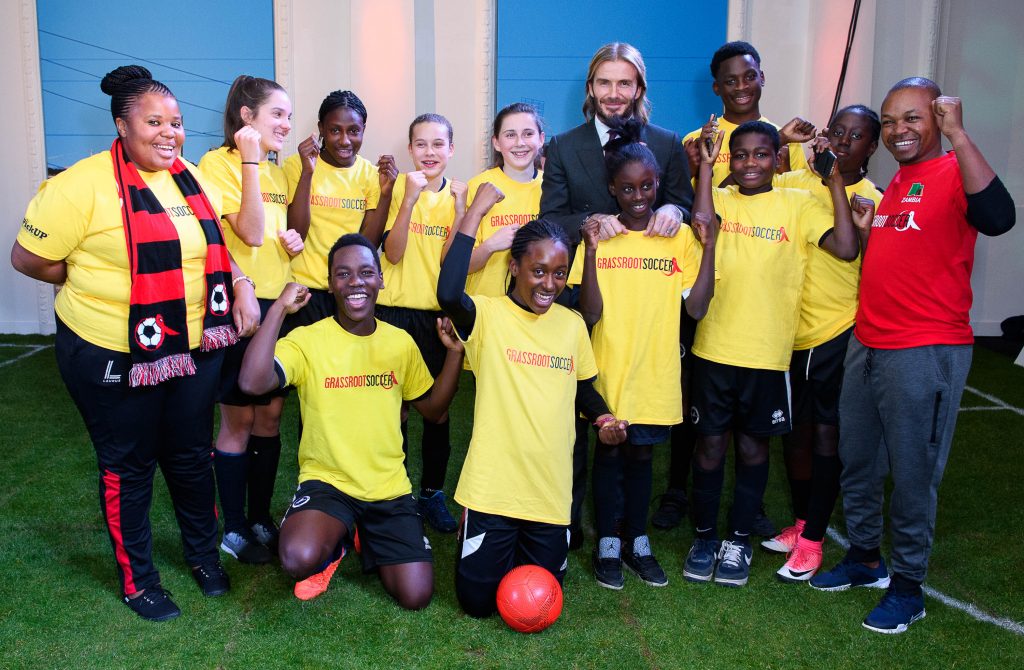 
The highlight of the evening was David Beckham, OBE discussing his life ‘on and off the pitch’ with TV presenter Rachel Riley. He spoke movingly about his own charity work to support vulnerable children and how this along with bringing up his own four children with his wife Victoria is the focus of his life now. He said: “The challenges of adolescence are universal — but for youth growing up in difficult circumstances, they can be a matter of life and death. I’ve seen this first hand, and I know that we must do everything we can to provide young girls and boys with the opportunity to live healthy lives. That’s what Grassroot Soccer is doing and it’s working.” 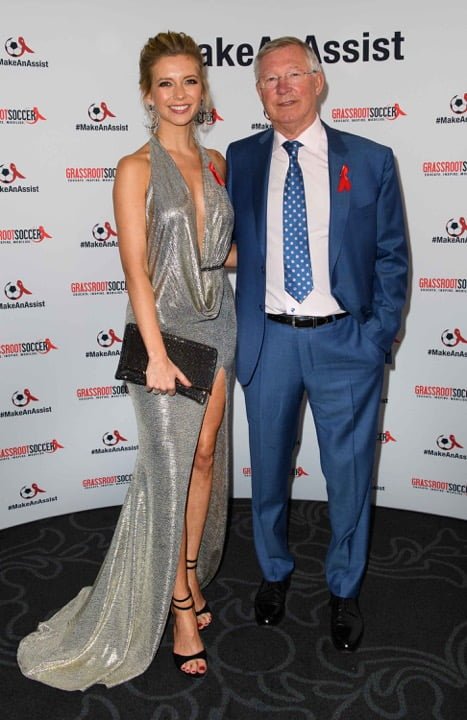 Rachel Riley commented: “The beauty of Grassroot Soccer’s approach is that they are tackling very serious health issues by connecting with teenage girls and boys through football, creating a safe and fun environment to learn life-saving information.” 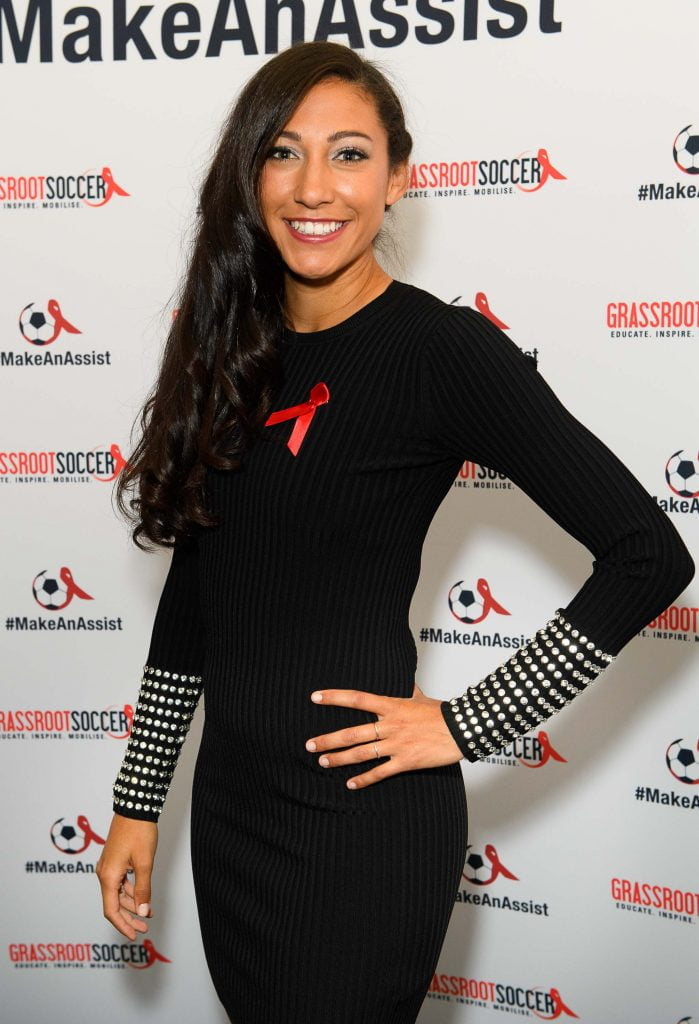 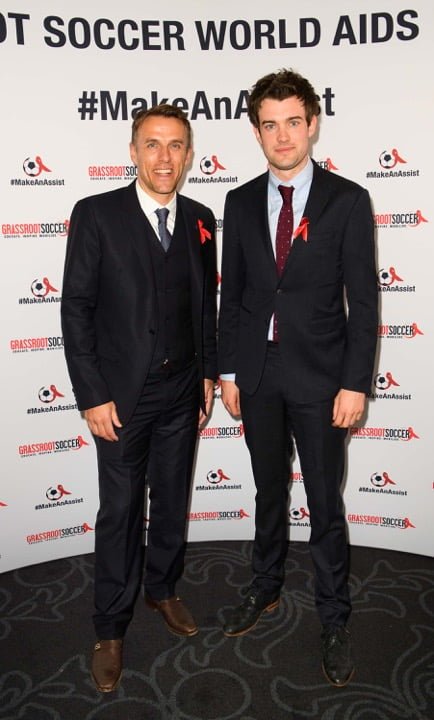 A soccer pitch transformed the venue and provided guests the opportunity to observe and participate in demonstrations of Grassroot Soccer’s vital programme it uses in Africa to educate and inspire young people to save lives and give them hope for the future. The demonstrations were led by coaches from Zambia and South Africa. Guests were also treated to a performance by London’s internationally renowned Capital Children’s Choir and Duduesta, the UK’s leading professional African marimba band.

The evening was sponsored by Belvedere Vodka, Kiehl’s, Atelier Cologne, and Tesla.

There was fierce bidding in the auction. Among the hottest prizes of the night were a Getty Images Premier League experience offering the opportunity to be a professional match photographer for a day, and an exclusive painting by renowned artist Nicola Green, featuring an image of David Beckham striking a football and signed by the subject himself. 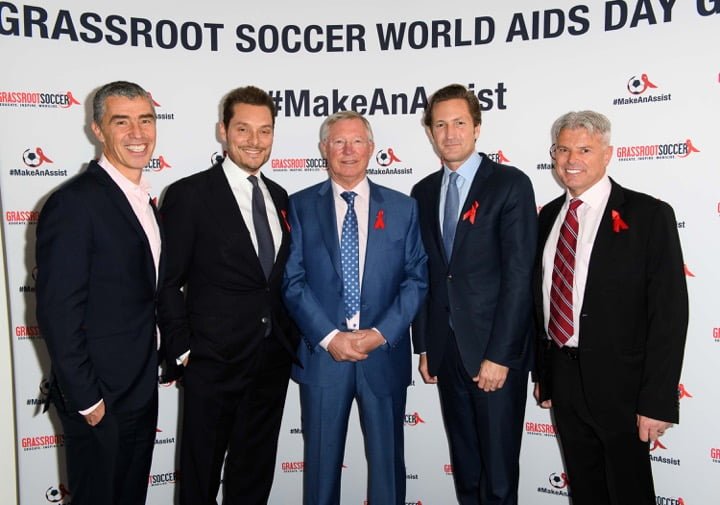 Grassroot Soccer has provided health education, access to testing, and support for treatment to over 150,000 young people in the past year, with programmes in countries with the highest levels of HIV in the world, including its flagship projects in South Africa, Zambia, and Zimbabwe, plus other nations with a high HIV rate such as Nigeria, Malawi, and many more.

Dr. Tommy Clark, Founder and CEO of Grassroot Soccer said: “Youth are among those hardest hit by the AIDS epidemic, but they can also be the greatest force for change. With the growing youth population globally, our work to end AIDS is now more important than ever. We continue to mobilize the global football community through a variety of football-based health initiatives to stop the spread of HIV and tackle other acute adolescent health issues in Africa and around the world.”

Real Women Sharing Their Stories About Gender and Gender-Based Violence