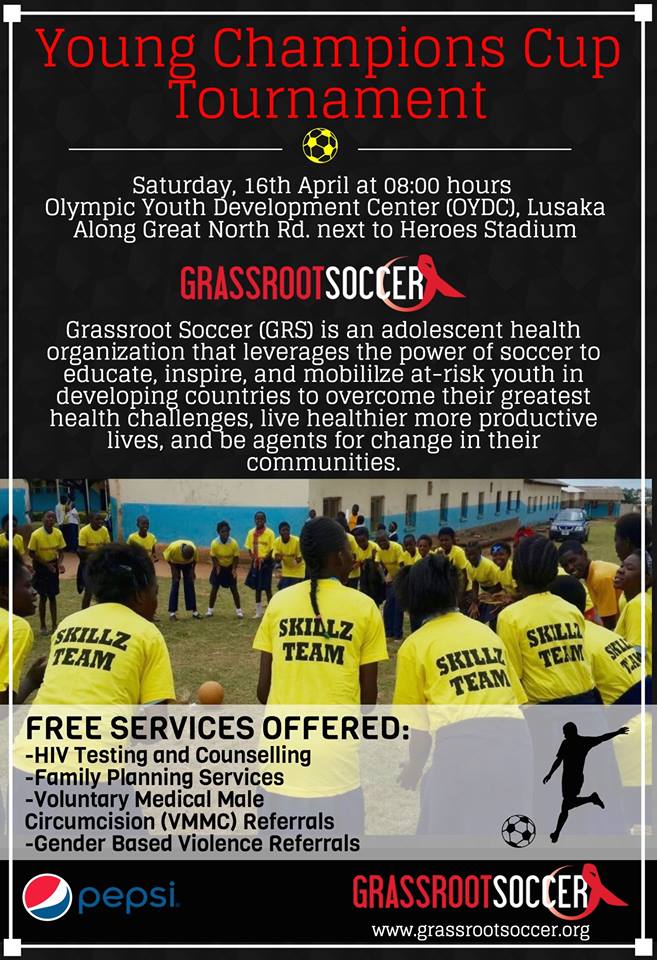 The Young Champions Cup kicked off in Lusaka with a 7-a-side football tournament in the Kalingalinga compound. This particular tournament was special because it marked the kick-off of the new three-year partnership between GRS Zambia and Pepsi. Twelve mixed-gender teams from around Lusaka were invited to take part in what was to be the first out of three Young Champions Cup tournaments to take place in 2016.

The Lusaka tournament was a great success. The sun was shining, people were excited, the community turnout was high, and Chipolopolo legend and GRS ambassador Felix Katongo was there to mingle with the community and officiate football games. By the end of the day we not only had five winning teams, happy to move on to the final round, but we also had a great testing turnout with a total of 180 people – 80 players and 100 community members– tested for HIV. All in all, the tournament was truly a mobilizing and inspiring event that showcased how to best use the power of football as a tool for development and social change.

The second Young Champions Cup tournament was held in Ndola. Ten mixed-gender teams from Ndola took part in this tournament in an area called Kabushi, which attracted a large number of community members to access free HIV counseling and testing. In total, 108 people were tested for HIV. 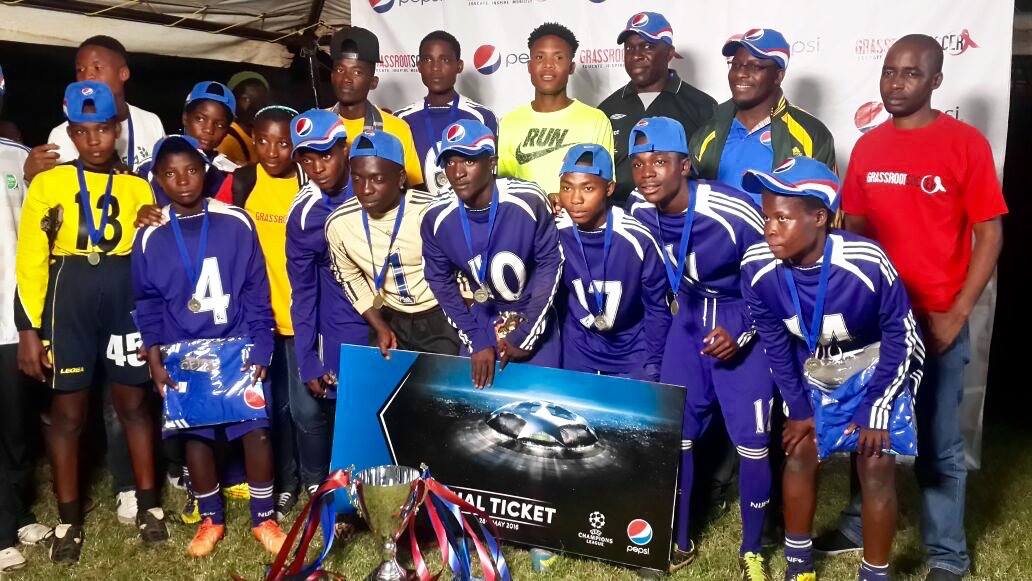 The finals were highly competitive; the winning team was Sport In Action Munali. In addition, the tournament MVP and the top goal scorer received tickets to the Champions League Final in Milan on May 28th, all expenses covered by Pepsi.

Grassroot Soccer is excited to continue our partnership with Pepsi to educate, inspire, and mobilize young people with health education, access to health services, and opportunities for engagement through soccer.

Being the Change: Meet Coach Nomazizi