On October 18, the Zimabwe Women’s National Football Team, known as “The Mighty Warriors” made history by defeating Cameroon 1-0 in the second leg of their final Olympic qualifier, earning a place at the 2016 Rio Olympics. This is the first time that any Zimbabwe team has qualified for a global tournament. We are proud that 3 team members have strong ties to Grassroot Soccer! 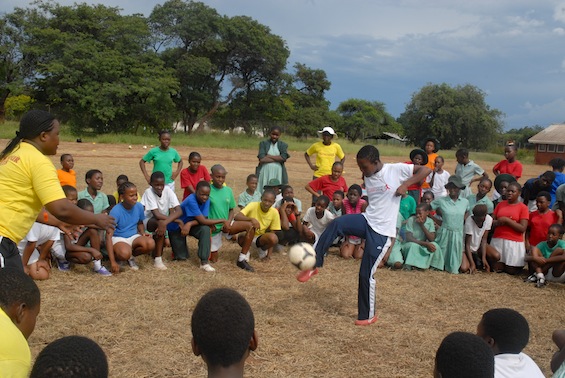 Rejoice Kapfumvuti, center, coaches a group of Grassroot Soccer participants. Rejoice graduated from a GRS program as a teenager; as a GRS Coach, she has impacted over 1270 youth in Bulawayo, Zimbabwe.

Midfielder Rejoice Kapfumvuti first came into contact with Grassroot Soccer when she was 13 years old, when she participated and graduated from a Grassroot Soccer SKILLZ Core program at her primary school. Fast-forward eight years later, while she was playing for a local girls’ soccer team as a young adult, she was recruited to be a Grassroot Soccer Coach through a partnership between Grassroot Soccer and Inline Soccer Academy.

Since 2012, as a GRS Coach, Rejoice has worked with and inspired over 1270 adolescents in the Bulawayo, Zimbabwe community. She is known as a dedicated coach with a lot of passion, and in particular she has played a big role in the recruitment and facilitation of holiday camps. 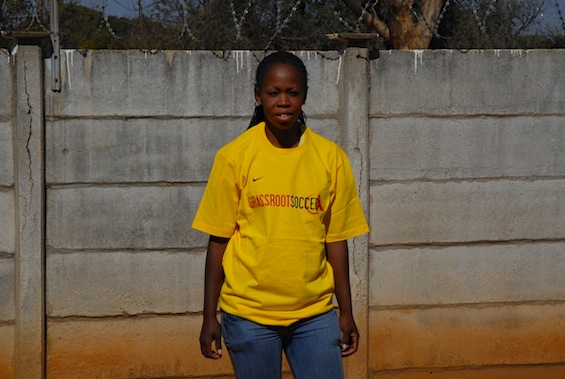 Nobuhle Majika has served as a Grassroot Soccer Coach and is currently an Ambassador for GRS Zimbabwe, representing GRS at special events and supporting the programs team in the recruitment and delivery of programs.

Defensive player Nobuhle Majika, known as ‘Majika’ to her peers, has served as a Grassroot Soccer Coach and is currently an Ambassador for Grassroot Soccer Zimbabwe. Her ambassadorial duties include representing GRS at special events and supporting the programs team in the recruitment and delivery of programs.

Majika grew up in the Entumbane suburb of Bulawayo where she started playing soccer at a young age; at 12 years old she was selected into the Bulawayo Provincial team that travelled to Scotland on a cultural exchange invitation. In 2008 she made the grade into the Women’s Under 20 National team and by 2010 she had established herself as a pillar of defense in the Senior Women’s National Team. 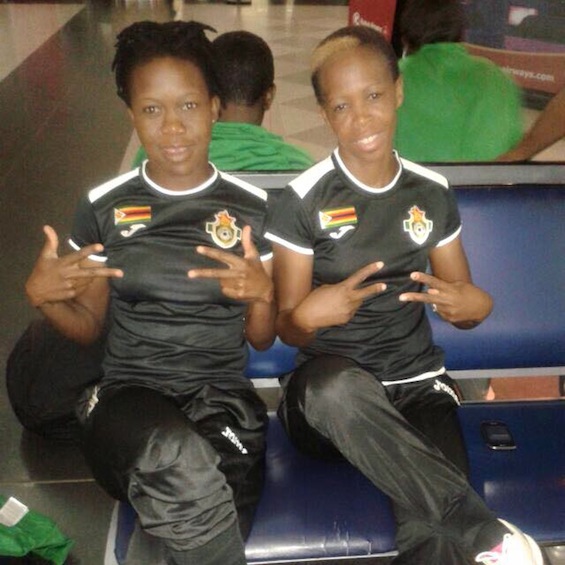 Rejoice and Nobuhle representing the Zimbabwe National Team, aka "The Mighty Warriors".

Majika first joined Grassroot Soccer as a Coach in March 2012 after having heard about GRS Zimbabwe through her childhood soccer idol Gift Lunga ‘Senior’, who played for Bulawayo’s soccer giants Highlanders Football Club, and also happens to be a Grassroot Soccer Football For Hope Centre Manager. 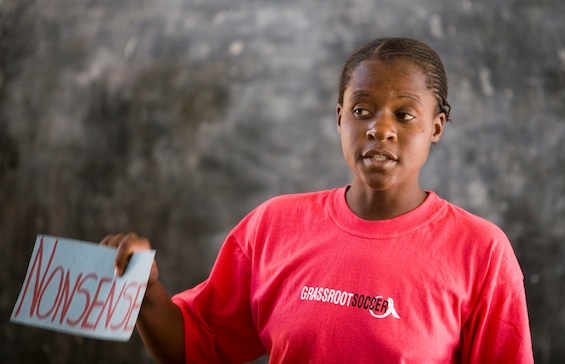 Sithethelelwe Sibanda, known as "Kwinji 15", was a founding member of the GRS Zimbabwe team, reaching thousands of youth and helping to refine our curriculum during her decade with GRS.

Mighty Warriors Assistant Coach Sithethelelwe Sibanda was a very influential member of the Grassroot Soccer Zimbabwe team for a decade. She is affectionately known as “Kwinji 15” because of her footy styles during her hey-days as a midfield player on the Women’s National Team in the late ‘90s and early ‘00s, where she attracted a loyal following of supporters that admired her athletic skills, confidence and presence on the team. As her fan base of young girls continued to expand, Kwinji became keenly aware that it wasn’t just her behavior on the field that left an impression. Her influence as a national celebrity extended to all aspects of her lifestyle, including very personal choices such as her stance on sex, drugs and alcohol.

Kwinji acknowledged that along with increased privilege came responsibility, and she wanted to do something about it. She joined Grassroot Soccer in 2002 as a Coach, and spent the next 10 years leveraging her prominent profile to promote healthy choices and address the peer pressures that confront children and young adults. As a founding member of the GRS Zimbabwean team, Kwinji was able to exert her influence on the content and delivery of the curriculum, and subsequently progressed through the ranks until she was the Curriculum Development and Training Officer. She left GRS in 2012, when she was called up to be the National Under 20 Assistant Coach.

In a 2011 interview, Kwinji reflected: “Through Grassroot Soccer we can help each child early on so they can plan a healthy life. They are our future leaders and look up to us. We need to help them plan. We need them to be better leaders than we are. We need them to create an even stronger tomorrow.”

Zimbabwe’s Women’s National Team now begins the next phase of preparations for Rio, where they will be joined by South Africa as the other qualifying country from the Africa region. Congratulations to the Mighty Warriors!