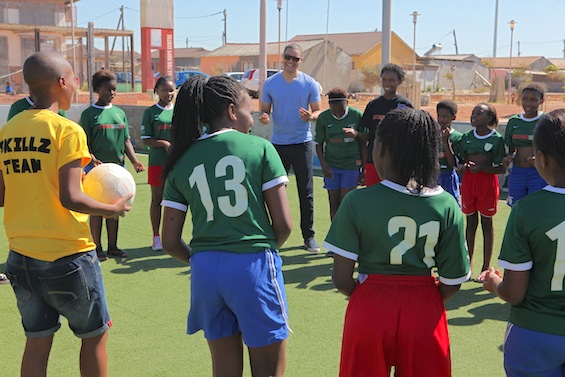 In support of Comic Relief’s Red Nose Day today, 13 March 2015, Trevor Noah recently spent time with Grassroot Soccer Caring Coaches and participants to learn about the organization’s efforts to combat the spread of HIV in South Africa through the power of football.

Noah spoke with female Coaches and participants about the difficulties of life in Khayelitsha and how they foster hope amongst themselves and their peers through the Grassroot Soccer Coach Development program and soccer-based SKILLZ Street curriculum. Noah joined the young women and girls in a series of SKILLZ activities, including Find the Ball and HIV Attacks. 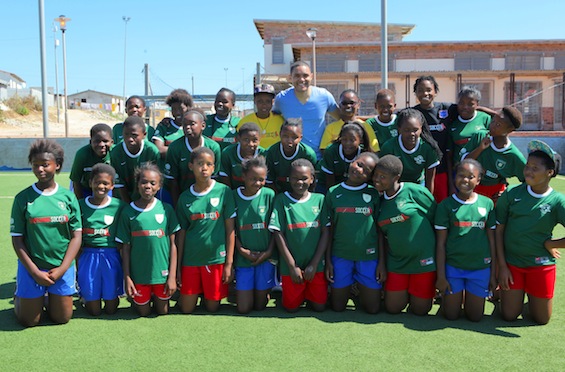 Noah shared his impressions at the end of the visit, “Coming back to the townships as somebody that grew up here, as somebody that lived here, you realise that one of the most important things that we’re deprived of in South Africa growing up, was hope. And that’s what people get here at Grassroot Soccer. You’ve got young girls who come together and get a chance to be something greater than just their surroundings.” 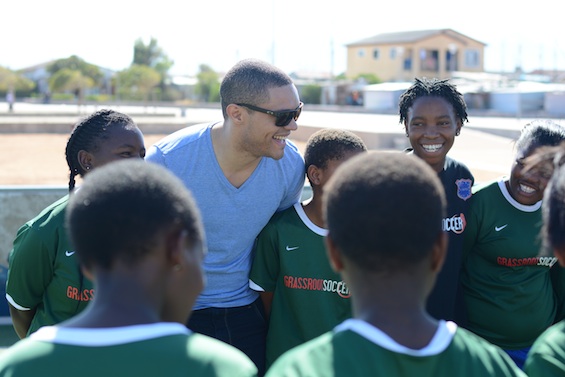 Comic Relief is a major UK charity started in 1985, with the mission to drive positive change through the power of entertainment. Comic Relief’s Red Nose Day is a bi-annual event in the UK to raise funds for organisations working in the UK and across Africa. As a recipient of Comic Relief funding, Grassroot Soccer is able to use the power of soccer to educate, inspire and mobilize young people to stop the spread of HIV.

Check out video from the visit below:

How Soccer is Changing My Community