On Nov. 2nd, 41 passionate Team GRS runners participated in the 2014 TCS New York City Marathon. They ran an epic, cold and windy 26.2 miles through the streets of New York — with smiles on their faces. GRS is incredibly grateful to the wonderful team members who donated their sweat, fortitude, and positivity to our cause.

Our goal for the 2014 NYC Marathon was to engage 6,000 African girls in a unique program that educates and empowers them to live healthy lives, access critical health services, combat gender-based violence, stop the spread of HIV in their communities, and gain self esteem through playing soccer. We are thrilled to share that we more than doubled our goal, and will be able to engage 13,200 girls!

To date, the 2014 GRS NYC Marathon Team has raised over $660,000. Grassroot Soccer was one of the top fundraising charity partners for the TCS New York City Marathon, and Founder & CEO Tommy Clark was the top individual fundraiser on the marathon’s official charity fundraising site, CrowdRise. Additionally, one of our runners, GRS Ambassadors Council member Josh Elkes, was featured in a blog post from our funding partner Positive Tracks. Positive Tracks generously matched the funds raised by three young people on Team GRS, including Josh. This was also a special year for Team GRS as two of our founders, Tommy Clark and Kirk Friedrich, ran the race for GRS, along with several staff members. We also had a great combination of returning team members and new members of the GRS family. Special thanks also go to Puma, who outfitted the team in wonderful gear.

Thank you to everyone who supported this true team effort! 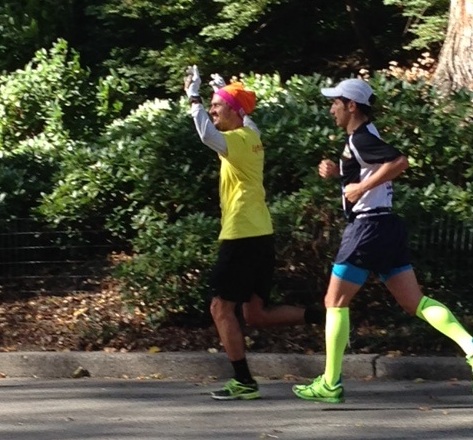 GRS Team member and former Seattle Sounders star Roger Levesque (in yellow) on his way to a smoking fast time. 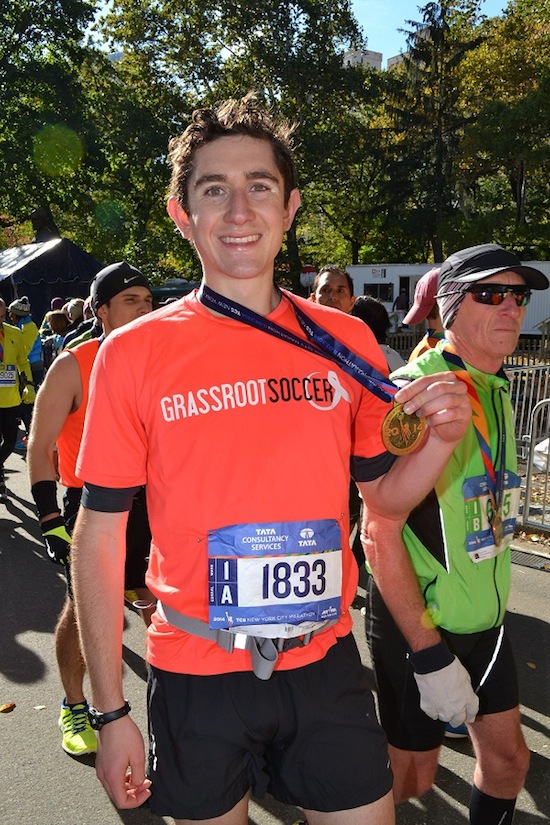 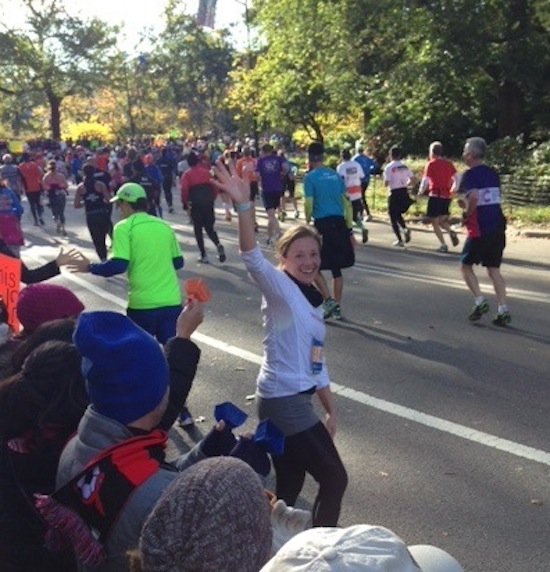 Staff members like GRS Business Analyst Sarah Moran got in on the fun too. 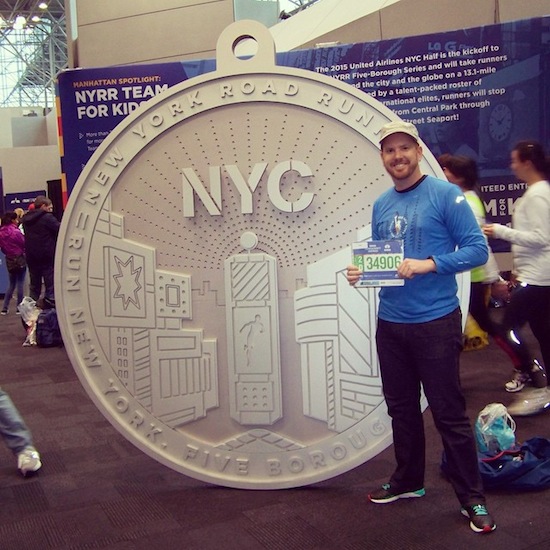 Rusty Trump, who has run multiple races for GRS, gets ready to go at the expo.