Former American professional soccer player, and winner of CBS’s Survivor: Africa, Ethan joined Kirk Friedrich, Methembe Ndlovu and Tommy Clark 12 years ago to bring the GRS vision to life, of “a world mobilized through soccer to create an AIDS-free generation”.

While in South Africa, Ethan appeared on a number of Cape Town and Johannesburg media outlets to promote Grassroot Soccer and the new #IamaFootballer campaign. GRS made the most of his visit and secured a number of print, online, radio and television interviews.

Publications included the Daily Voice, Sunday Times, Weekend Argus, Die Son, iAfrica.com and Channel 24, as well as radio appearances on 2Oceans Vibe Radio, Cliff Central, Chai FM, Metro FM, KFM, Smile FM 2000 FM and 5FM. Ethan’s TV appearances included Expresso TV, eNCA, Hectic Nine-9 and Tongue in Cheek, and his interview with Man Cave will be screened on 27 November on SABC3, at 7:30pm GMT+2. Special thanks to all of the media houses who support the Grassroot Soccer cause!

In addition to the media blitz, Ethan spoke at the Beyond Sport Summit in Johannesburg from 28-30 October. Beyond Sport “brings together the best sport-led social innovators with influential, global leaders to address the role of sports in driving positive social change.” You can read more about Grassroot Soccer’s presence at Beyond Sport here.

Picture of just some of Ethan’s interviews: 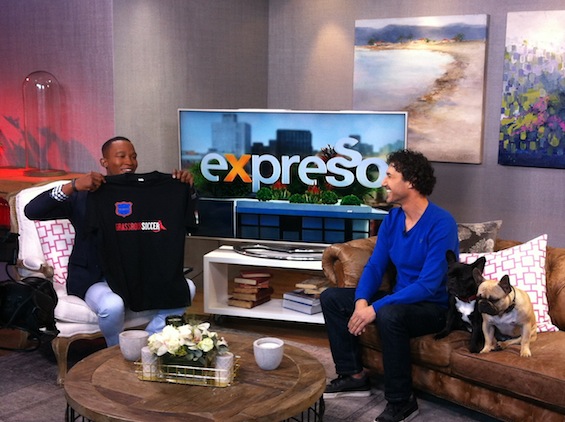 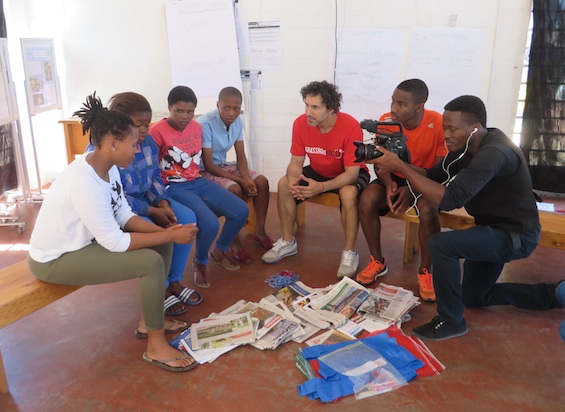 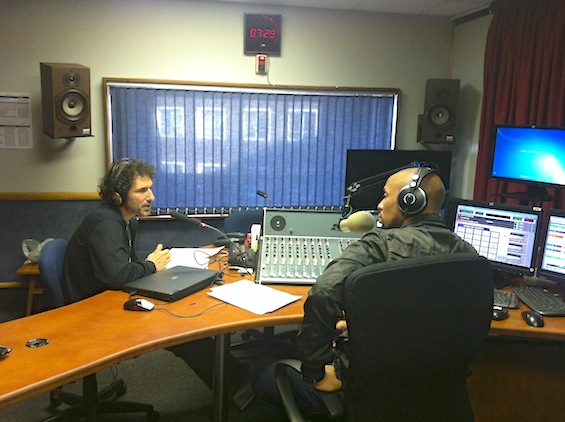 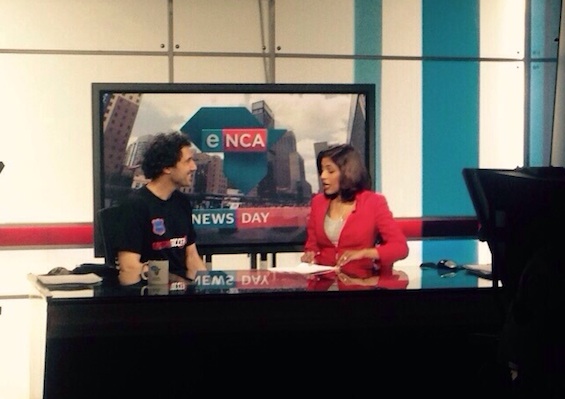