On June 8th, people of all ages within the Portland, Oregon community gathered for the Portland Barefoot World Soccer Festival, one of the most highly-supported and attended Grassroot Soccer Tournaments of the year. This year’s 5th Annual event, held at Concordia University Stadium, continued to raise the bar, bringing in over 1000 participants and spectators, 150 teams, over 100 volunteers and raising over $23,000 dollars for Grassroot Soccer! The Portland Barefoot is also co-sponsored by GRS partner Positive Tracks, amplifying the fundraising impact of youth participants even further through a matching gift. Through the power of sport for good, this means that an additional 1,000 young people in Africa will be empowered with life-changing HIV education, access to testing, and support! 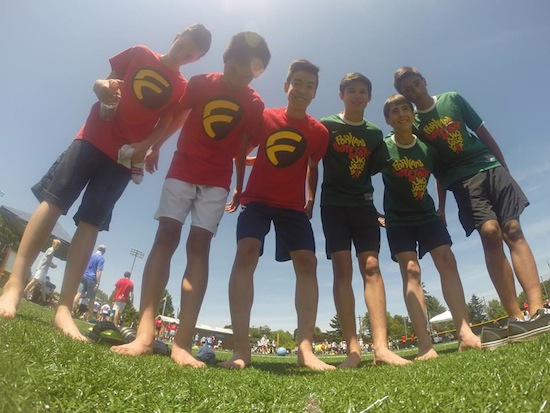 This year’s World Soccer Festival included bubble soccer, adult pick up, a soccer catapult header challenge, gear raffles and give aways, African music, a free street soccer skills clinic by Soccer In Slow Motion (SISM), autograph sessions from Timbers and Thorns players, and an intense amount of barefoot 3v3 soccer! GRS Co-Founder and Positive Tracks Ambassador Ethan Zohn was able to get in on the action, too! Shoeless youth participants and their supporters braved the hot turf all day to show support for GRS coaches and youth throughout Africa. 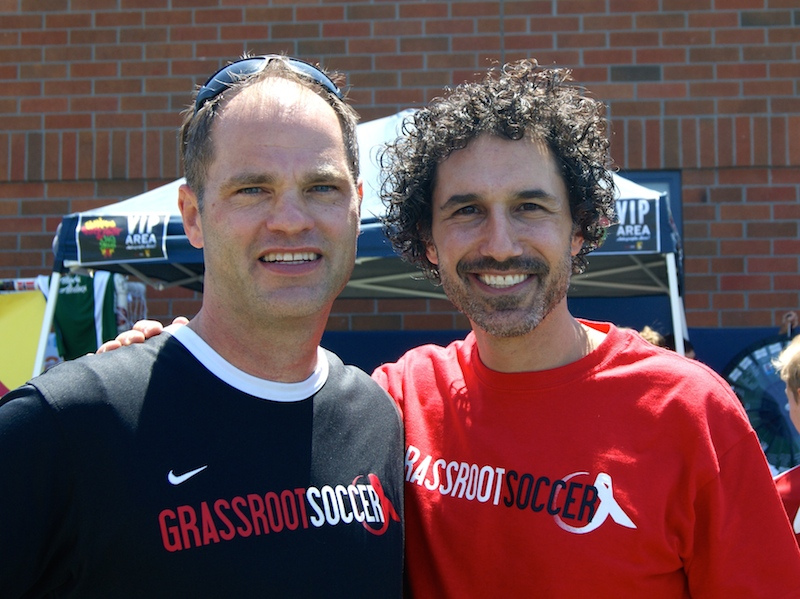 It was another memorable, record breaking year for the Portland Barefoot team. As one parent put it: “Thanks for another amazing festival/tournament this year. Fun to be had for the whole family and such a great cause. A day that our girls team will not soon forget. “ 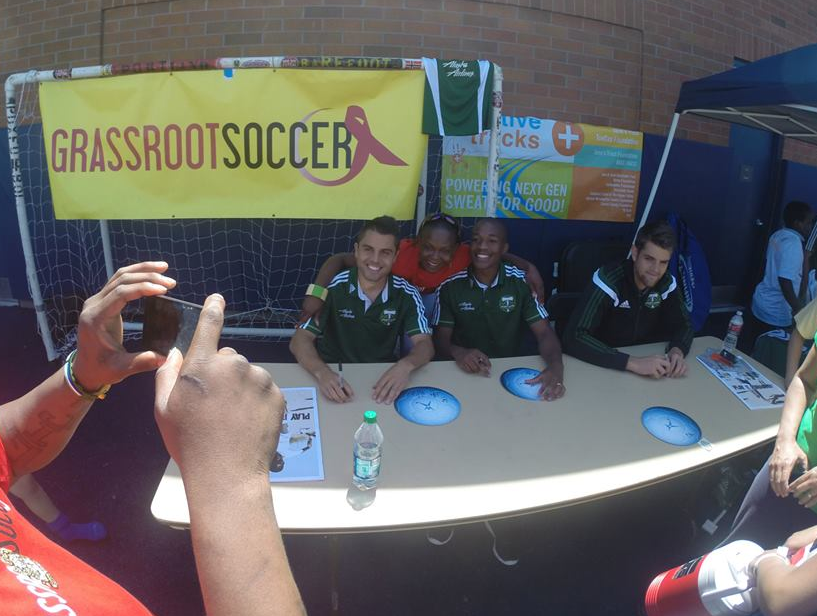 Member of the Portland Timbers MLS team pose with fans.

Grassroot Soccer would like to thank the Portland Barefoot team and volunteers for hosting another fantastic event, the team at Positive Tracks for fueling youth philanthropy and amplifying the impact of the tournament, the Portland Timbers and Thorns for their support, and the entire Portland soccer community for coming out to further our mission to stop the spread of HIV using the beautiful game!