“Nobody trusted me in my family because I used to drink and smoke. Nobody gave me money and they complained a lot about how I was eating too much because I am always at home. Now they entrust me with house keys.”

This young man’s transformation grew out of Grassroot Soccer’s Champions League, a program that uses soccer, life skills training, and incentives to provide unemployed young men with opportunities to develop positive behaviors fundamental to employment, health, and healthy relationships. Findings from a 2012 pilot of the program in Khayelitsha, South Africa suggested that Champions League has the potential to reduce drug and substance use, improve self-esteem, reduce criminal activity, and increase access to employment opportunities. 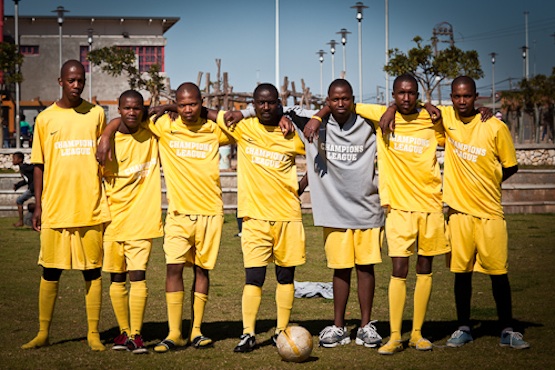 When the Champions League pilot ended in 2013 one of the Coaches noted, “I so wish it can be a continuous program; there are many people who wish to be part of it. As someone who loves soccer, there are many people who have approached me and asked me on the street when are we bringing back Champions League and the life skills. It develops and empowers the community.”

So the story didn’t end there. Four former Champions League Coaches—Asanda, Leesh, Mr. Kuna, and Stix—have continued the league, even without financial support from GRS. No incentives, no stipends, no transport money. Just soccer, with the teammates and Coaches the young men had come to trust. 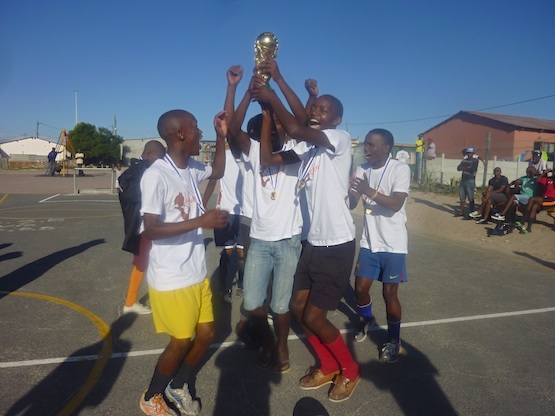 Coach Leesh explained that the men had really enjoyed Champs League. “They feel like no one ever comes to them to talk because they’re being judged. They live in the same area as people doing violence so it’s difficult to join groups where they talk about things like sex, drugs, and HIV.”  According to Coach Asanda, “The guys insisted that we keep on doing what we do and keep on running the league.” The Coaches routinely get fifty of the original sixty guys to the pitch during weekend games. And recently, they hosted a two-day tournament with former Champs League players and additional young men who weren’t in the original program.

Ninety-six young men competed in the Champions League tournament at the VPUU Field in Harare Peace Park. The mere existence of Champions League at the park has already made a difference for the community; it used to be an area with lots of gang activity and violence, but now it’s safer and even kids come to the park to play. With a live DJ to enhance the energy, donated prizes and a trophy to contend for, and an enthusiastic crowd to cheer the young men on, the tournament was a huge success. 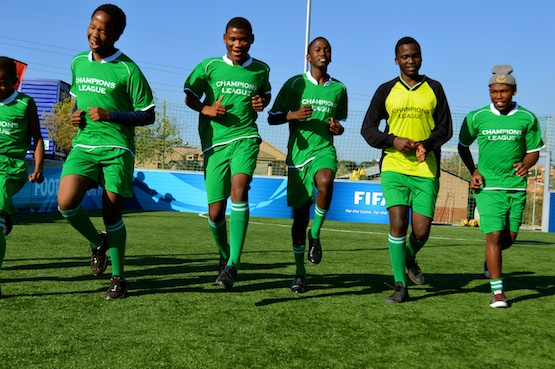 Champions League in Khayelitsha exemplifies the sustainability and positive power of this type of program, which has helped the community turn the tide against violence. It was built from an incentives structure, and now it continues thanks to the love of the game.

After the success and continued interest in Champions League, GRS turned to Alexandra, South Africa for the next stage of the program. The project, funded by Imago Dei, targets high school males who exhibit problems with behavior and substance abuse. The adapted program will include practices incorporating life skills and soccer, match days and tournaments, and drug testing. It dives deep into concepts such as conflict, mediation, and the role of gender norms in local communities—all with a heavy focus on fair-play soccer. The team in Alexandra is working closely with high schools and local drug and alcohol prevention and counseling organizations to help achieve maximum impact. The program launched in May and will be implemented over six months, during which time the Coaches in Alexandra hope to bring about the same positive change in behavior among these young men as those in Khayelitsha!

Partners and Supporters Gather for an Evening with Grassroot Soccer UK