Dirt kicked up from the ground as the young player quickly changed directions. Squinting his eyes at the glaring sun, he struck the ball perfectly between the panels. Silence. Spectators fixate on the airborne sphere, admiring its rotations and newfound velocity. Goal! Teammates cheered as they sprinted toward their striker, who was running back at them grinning ear to ear.

The beautiful game has the power to fascinate and captivate. Here in Bulawayo, Zimbabwe’s soccer haven, professional soccer players encourage young boys and girls to live healthier lives. The Bantu Rovers, a dark horse in Zimbabwe’s Castle Lager Premier Soccer League, is a team largely made up of Grassroot Soccer Coaches who have quickly become community change agents. They come from and volunteer in dilapidated dwellings surrounding Bulawayo; communities filled with young players who look up to them. 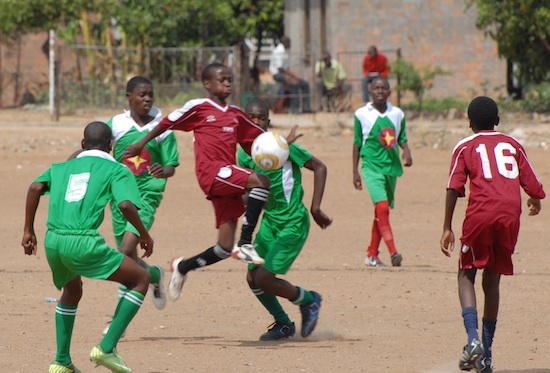 Young players show their skills in a GRS VCT tournament.

“I think it’s a big effect…we are the role models for them [kids] and it motivates them to come out, play, and be happy when they see the players in their community,” said Bantu Rovers’ Emmanuel Mduduzi Dube.

Through Grassroot Soccer, and with support from key funders like the Vitol Foundation, community-based soccer tournaments give young people the opportunity to get tested for HIV. At the center of the event sits a full-field pitch, not always grass. At the foot of the field, a line of tents where trained HIV counselors and testers help even the keel against a disease that threatens the children and teenagers of the surrounding townships.

“I wouldn’t have thought of getting tested if it weren’t for Grassroot Soccer,” said Ngoze, a young player from Magwegwe Township.  “Because of Grassroot Soccer, I wanted to know my status.”

Getting kids to want to test, and make a habit of it, stops this virus from spreading. “We ended up having to come back in order to test everyone because of the numbers,” said Dube. “It showed how many people were looking to the VCTs for help.” 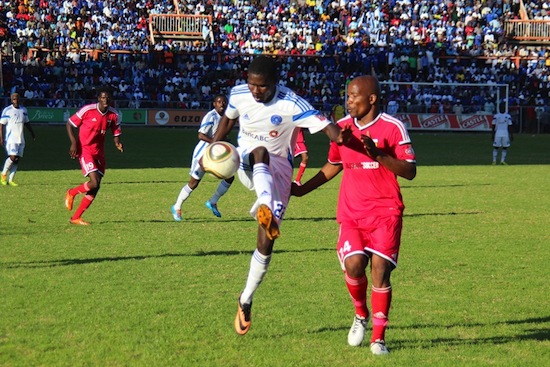 Kids learn best from role models they admire. In the townships nestled around Bulawayo, professional soccer players use the game to show young people how to avoid contracting and spreading HIV.

The idea is simple: come, play, test – all fueled by the beautiful game and a group of role models ready to encourage and mobilize local youth.

Partners and Supporters Gather for an Evening with Grassroot Soccer UK