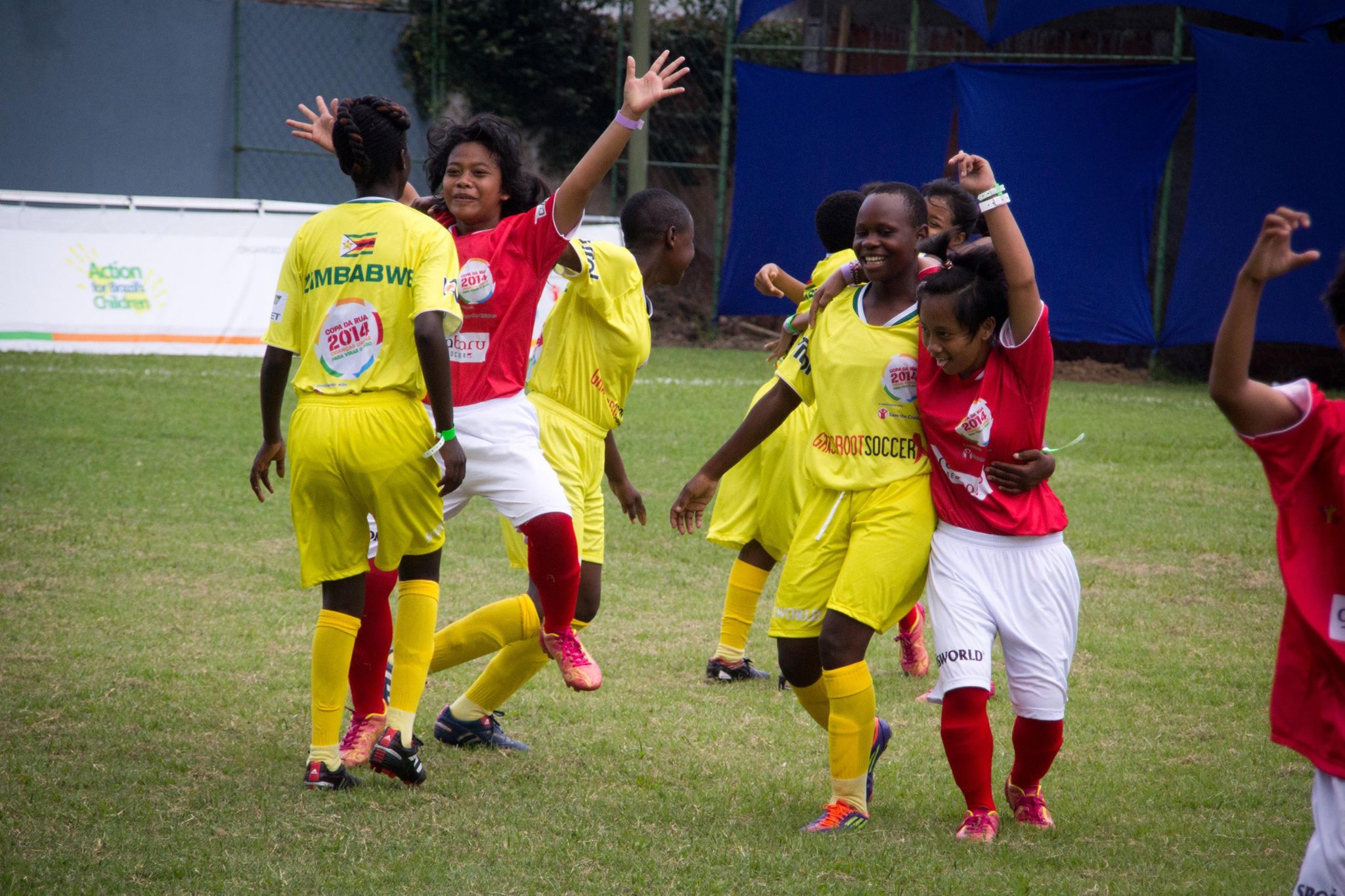 This week is the Street Child World Cup in Rio de Janeiro, a global movement for street children to receive the protection and opportunities that all children deserve. The event has brought over 230 children from 19 countries to Brazil for football, an arts festival and conference for children’s rights – and Grassroot Soccer Zimbabwe was selected to bring a girls team to represent Zimbabwe in the event’s first girls-only tournament! The team of 8 girls, all GRS participants, is being led by GRS program officer Tanya Sibanda and coached by GRS curriculum and training officer and former Zimbabwe national team midfielder Amelia Chifodya. 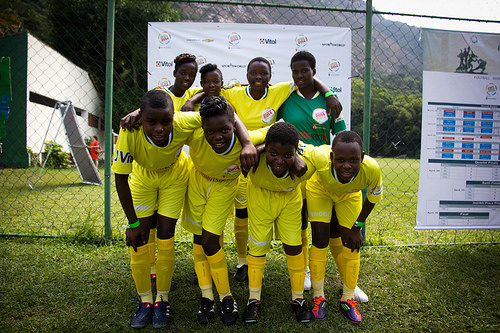 After a big win against Indonesia in their first game, the girls became favorites for outstanding sportsmanship in fair play soccer… and the two teams even acquired the name “Zimndonesia” for celebrating each other’s goals. The girls had two more great games, against Brazil and El Salvador, losing by just one goal to the latter in the quarterfinals.

We’re proud to be a part of this fantastic event, and thankful to the Street Child World Cup and all the event sponsors for shining a light on the issue of children’s rights. In particular, we are grateful to the Vitol Foundation for helping our Zimbabwe girls show the world their passion and skill! 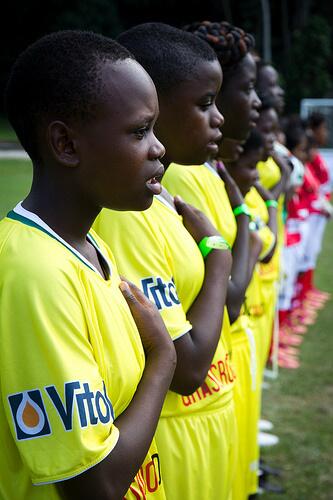