On March 29th-30th Barclays British Premier League Live made its debut in Johannesburg, with many fans in full kit, lots of sunshine and tons of soccer. Thirty thousand excited soccer fans came through Zoo Lake Park over two days for the ultimate fan experience, and Grassroot Soccer was excited to be a big part of the action! 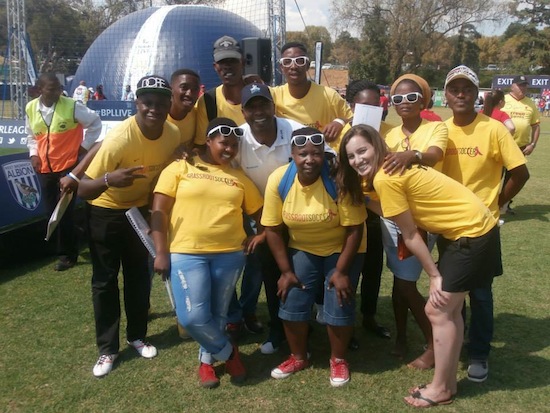 GRS Soweto snaps a pic with Leeds United and South African national team captain Lucas Radebe. Nelson Mandela once said of Radebe, "This is my hero."

Check out a great set of photos from the event here. 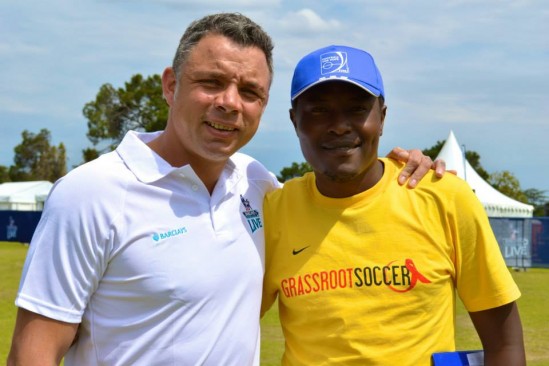