This weekend was an incredibly inspirational one for the Grassroot Soccer team in South Africa and the whole GRS organization, as GRS was invited, based on our commitment to youth leadership and ending HIV, to two events hosted by U.S. President Barack Obama on his visit to Africa. 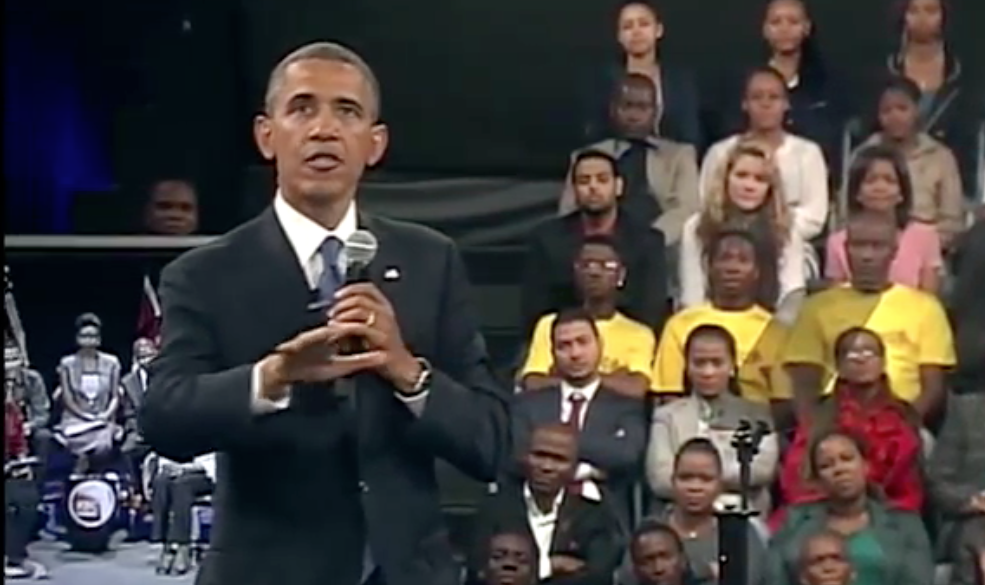 President Obama, with Grassroot Soccer team members behind him in yellow, speaks to young African leaders.

After the event, GRS Alexandra Program Coordinator Nhlanhla “Mooki” Dube had this to say:

“I was so impressed with the President’s response to all the questions asked. What hit home the most for me was when he shared with everyone the U.S. plans to empower young African leaders by supporting them in various ways. It gave me hope as a young leader that I can be whatever I set my sights on. That talk was so inspirational on so many levels and made me appreciate the work I do everyday to give hope and information to the younger generation in Africa.” 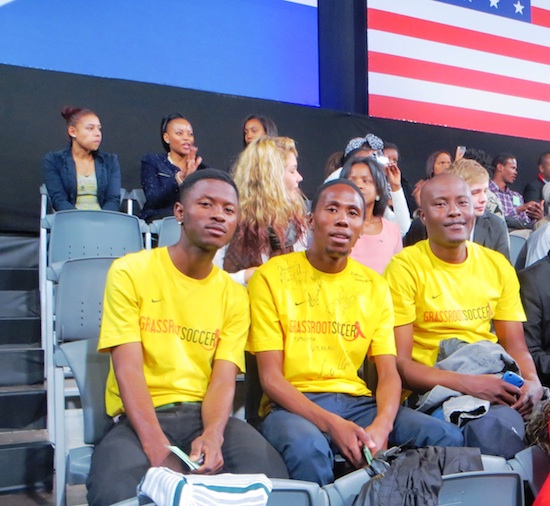 “I was inspired by Obama’s speech and how he tied it back to Mandela’s struggle. He encouraged the youth of Africa to fight for humanity and what you believe in no matter what. Mandela was in prison for 27 years, but still was able to lead a nation to greatness. The work Grassroot Soccer is doing is helping all of us fight for what we believe in, what I believe in.” 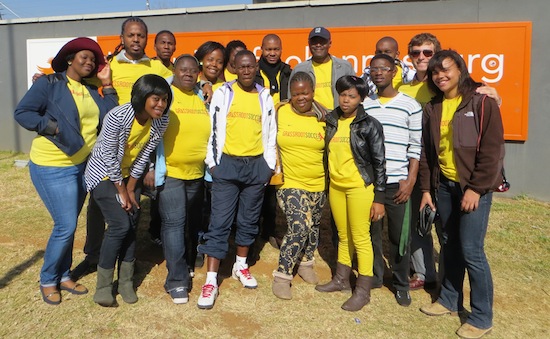 GRS team members heading in to the Town Hall meeting with President Obama.

The excitement of the President’s visit continued on Sunday, June 30th, as several GRS team members were invited by the U.S. Consulate to attend his address at the University of Cape Town. James Donald, Managing Director of GRS South Africa, reflected:

“Listening to President Obama in person was incredibly inspiring. He shared how as a 19 year old college student the first speech he ever gave was on his campus, calling for disinvestment from Apartheid South Africa. Now, as the U.S. President and in a free South Africa, he spoke about the rise of Africa. He also mentioned the impressive efforts of South Africans and Americans in the fight against HIV, and it was rewarding to know that all of us at Grassroot Soccer are playing our part.”

For more on these events:

At Grassroot Soccer we are incredibly excited about the power of young people to change the world and proud to be recognized for our work by being invited to be a part of President Obama’s historic visit.