On June 9th, the Portland, Oregon community came together for one of the most highly-supported and well attended Grassroot Soccer Tournaments of the year – the Portland Barefoot World Soccer Festival. This year’s 4th Annual event, held at Concordia University Stadium, did not disappoint high expectations, bringing in over 500 participants and spectators, 120 teams and raising over $15,000 dollars for Grassroot Soccer! In addition, the Portland Barefoot is co-sponsored by GRS partner Positive Tracks, amplifying the fundraising impact of youth participants even further. 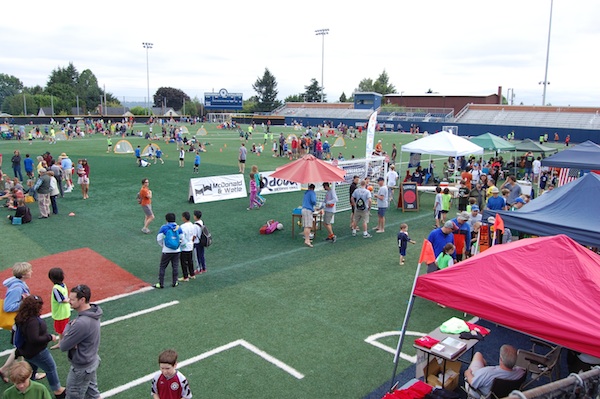 Started, sustained and grown by Dr. Gordy Johnson, his family and a dedicated team of volunteers, the Barefoot has carefully, creatively and passionately harnessed Portland’s vibrant soccer community to become one of the city’s most unique sporting experiences. This year’s World Soccer Festival included a soccer ball launcher, raffles for signed US National Team jerseys, African drumming and music, autograph signings by Portland Timbers and Thorns players (including Bright Dike, who has also played for the Nigerian National Team) and an intense amount of barefoot 3v3 soccer! Shoeless youth participants and their supporters braved the hot turf all day to show support for GRS coaches and youth throughout Africa. 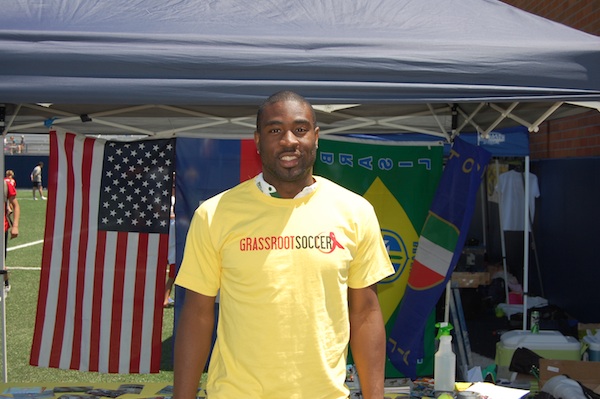 Bright Dike, forward for the Portland Timbers, came out to support GRS.

One barefoot parent said, “The Portland Barefoot is such a magical event and we are so happy our kids and community can provide hundreds of other kids in Africa the chance to go through a Grassroot Soccer program” 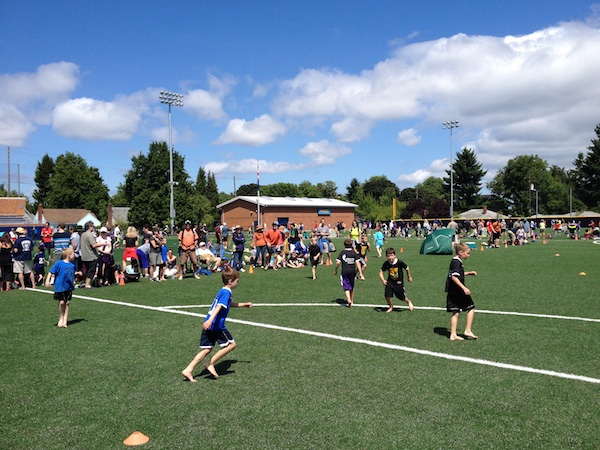 Grassroot Soccer would like to thank the Portland Barefoot team and volunteers for hosting another amazing event, the team at Positive Tracks for fueling youth philanthropy and amplifying the impact of the tournament, the Portland Timbers and Thorns for their support, and the entire Portland soccer community for coming out to further our mission to stop the spread of HIV using the beautiful game! 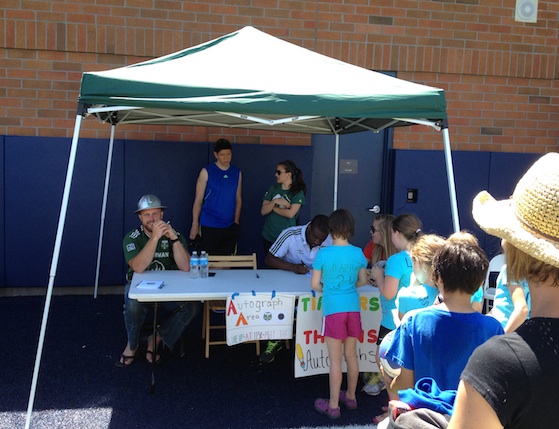 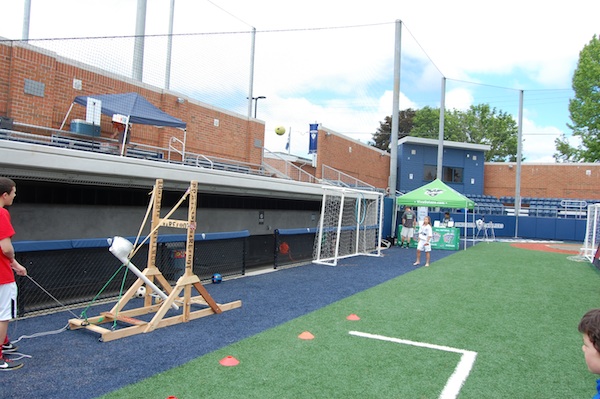 The soccer ball launcher was one of several unique aspects of the festival.