The Summit is a GRS Skillz activity that addresses gender-based violence and the issues surrounding it. According to the World Health Organization, a recent multi-country study found that between 15 – 71% of women aged 15-49 years reported physical and/or sexual violence by an intimate partner at some point in their lives. The problem is particularly pervasive among youth. Addressing this issue is critical to both preventing the spread of HIV and empowering young people to live healthy and happy lives. 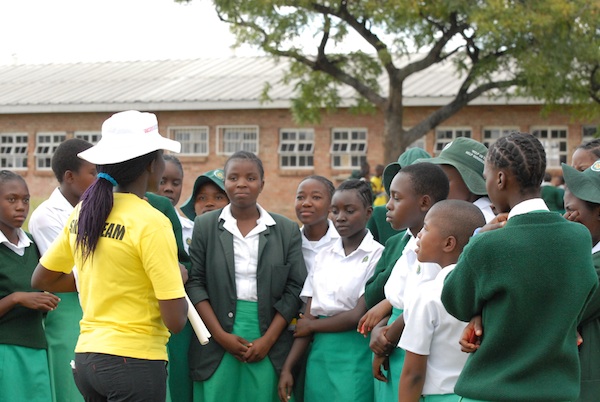 A group of young women in Zimbabwe talk with their GRS coach about gender violence.

The activity begins with participants being divided into small same-gender groups of two or three. These groups discuss questions provided by their Coaches and talk about what they have seen or heard in their community concerning violence against women and rape. Questions include:

After discussing these issues in their small groups, the participants come together in two larger same-gender groups. Coaches explain to them that as a new generation they have been brought to the Summit. They share their opinions and experiences on the questions and then make suggestions on how to address the problems. The male group decides on “men’s laws” that men in their generation should agree to in order to stop gender-based violence. The women’s group also does the same, creating “women’s laws”. 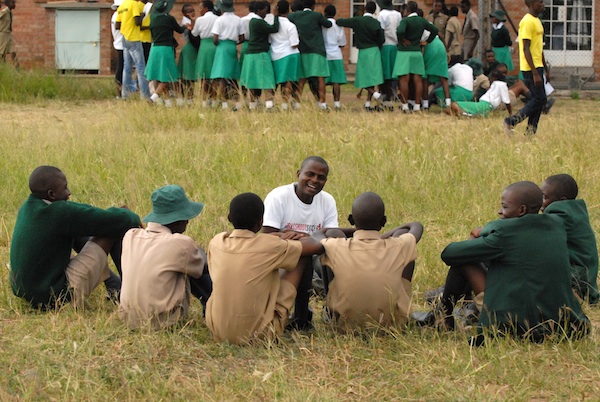 These young Zimbabwean men work with their GRS coach to come up with ideas on how they can stop trends of gender violence in their community.

The two groups of men and women are then brought together in a circle to share their men’s laws and women’s laws. Rather than focusing on blame, the discussion is focused on actions everyone can take to address gender-based violence. The activity reinforces the idea that young people can be a tremendous force for change in their communities.