A new class of Grassroot Soccer interns has begun their year-long placements in Zambia, South Africa, and Lesotho. Following a crash-course introduction to Grassroot Soccer during a five-day training in Hanover, NH, the 22 new interns set off for Africa and arrived at their placement locations last week. The group ranges in age from 22-30, hails from all over the US, and includes several international citizens. The 2012-2013 class of interns brings a new level of education, passion, and desire to the GRS cause – certain to make their coming year a great success. 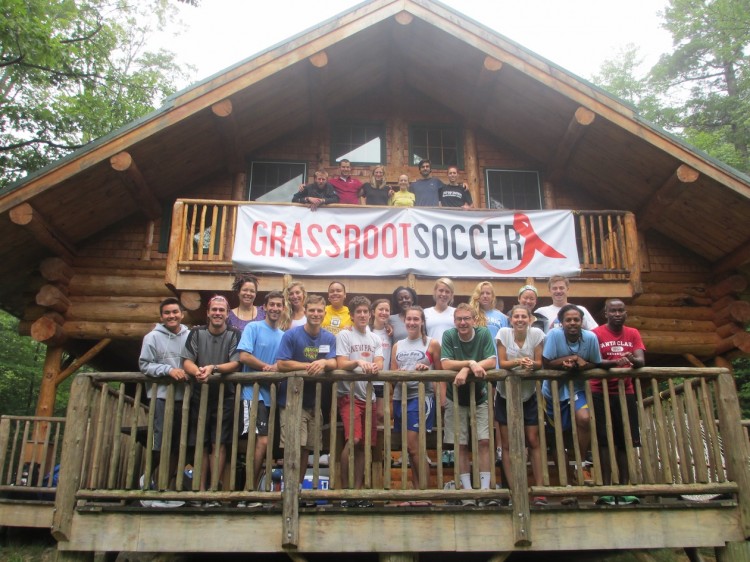 One such example of this passion and commitment is Jeff Tracy. Jeff, of Bethesda, Maryland, came to GRS via New York City – having previously worked at a pharmaceutical consulting agency. His passions for soccer and healthcare drew him to GRS, and he’s hoping that his work as a business development and programs intern in Cape Town will guide him to a lifelong involvement in a similar working environment:

“I’ve found that it’s important to rule out what you don’t want as it is to discover what you do. Aside from looking forward to an incredible, adventurous, rewarding year – I’m hoping this internship launches me in the direction of my eventual career.”

Working in every aspect of GRS, from program development to finance, the interns hit the ground running. A typical first week includes everything from learning to drive a stick-shift car on the left side of the road to rapid tours of local sights and work offices, and jumping right in to the GRS culture. Having been on-site for just over a week now, the GRS interns have already immersed themselves in their invaluable work.

To read more about individual interns, their backgrounds and GRS placements, click here.