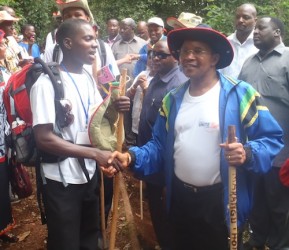 Reuben Phiri, Grassroot Soccer Malawi Coach, was selected by the United Nations as one of 75 representatives from throughout Africa to hike Mt. Kilimanjaro in Tanzania as part of Africa UNiTE, the UN Secretary General’s Campaign to End Violence Against Women and Girls. The theme of the climb was “Speak Out, Climb Up!”  On March 8th, Reuben was one of the participants to make it to the summit of Africa’s highest peak.

Prior to leaving for the hike, Reuben participated in a three day Youth Leadership Forum with other youth representatives from throughout Africa. The group established an Africa UNiTE Youth Network in order to continue the efforts to promote awareness of gender-based violence past the meeting. 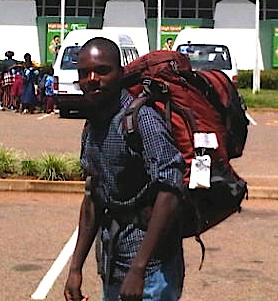 Describing the trip (which was his first time outside of Malawi), Reuben commented “It was like a dream. The climb was very difficult, but I pushed my hardest because I didn’t want to let GRS down.”

We are extremely proud of Reuben’s selection to this campaign. You can read more about the climb and the campaign here.

Bantu Rovers F.C. of Zimbabwe to Play in Dallas Cup