“Grassroot Soccer is restoring dignity and building self-esteem of young girls living in a challenging environment, transforming them into actors for the HIV prevention revolution.” – Michel Sidibé, UNAIDS Executive Director 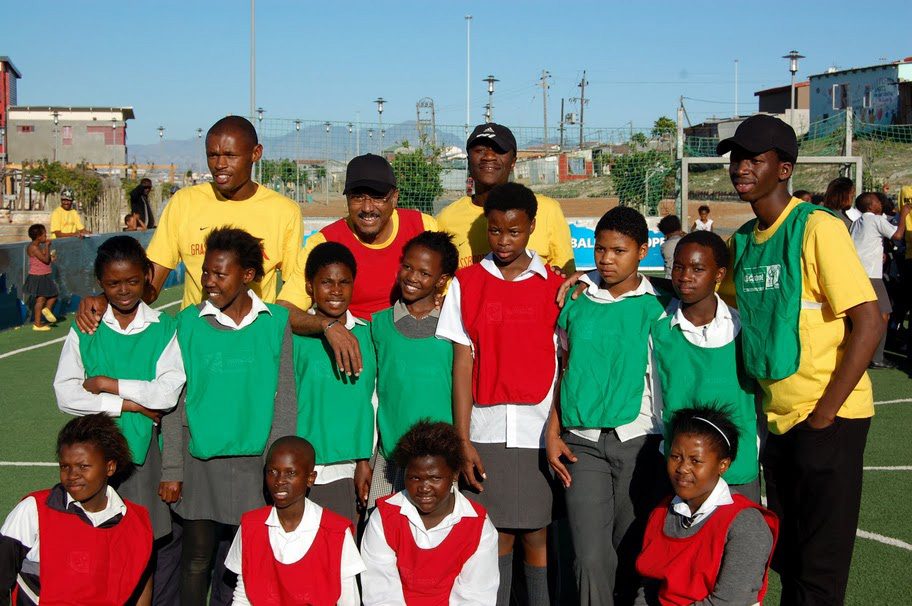 Grassroot Soccer hosted UNAIDS Executive Director Michel Sidibé and the UNAIDS High Level Commission on HIV Prevention on May 2, 2011 at the Football for Hope Centre in Khayelitsha, South Africa to demonstrate its HIV prevention programs. HIV rates in Khayelitsha are some of the highest in the world.

Michele Sidibé and the UNAIDS delegation participated alongside 100 girls in Skillz Street a girls-targeted HIV educational program. Skillz Street combines an activities-based HIV prevention and life skills curriculum with fair play soccer and peer-led community outreach activities. Led by GRS’ community role models, Skillz Coaches, and enhanced by the unique culture developed within Skillz programs, this girl-centered initiative creates a safe space for adolescent girls to play soccer, take action in their community, and have vital conversations about HIV and AIDS. Skillz Street is just one way that Grassroot Soccer uses the power of soccer to educate, inspire, and mobilize communities to stop the spread of HIV.  All Grassroot Soccer programs build basic life skills that help boys and girls adopt healthy behaviors and live risk-free. 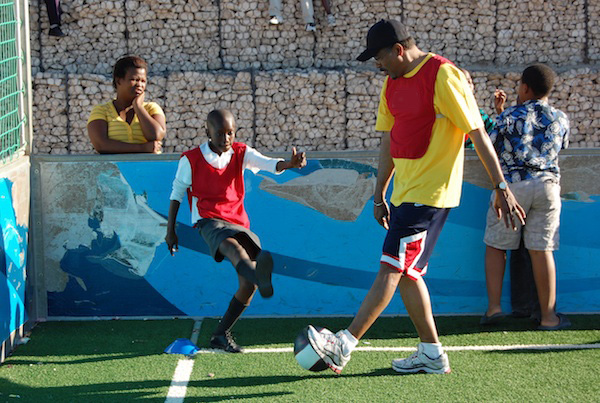 The delegation thoroughly enjoyed getting a chance to play football with the girls and was struck by the impact of the Grassroot Soccer Skillz Street prevention program is having on the community. “Here in Khayelitsha, the Football Centre for Hope is not just a project. It is a social meeting point for girls to protect themselves from HIV and become tomorrow’s football stars,” said Michel Sidibé. 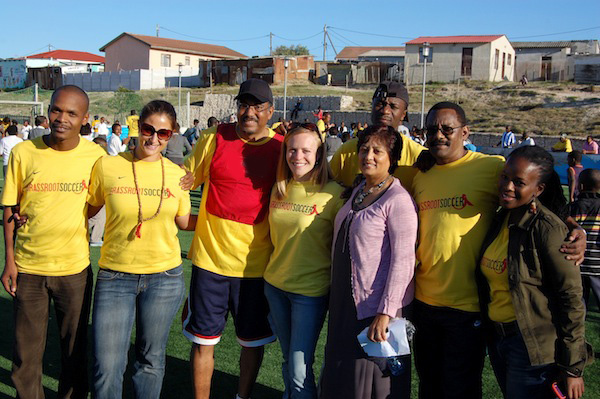 The delegation also met with Grassroot Soccer staff and coaches who are local soccer players and community leaders to hear about how the program and curriculum work, as well as the other types of HIV prevention and testing interventions they run in the community.

UNAIDS partnered with Grassroot Soccer in the development of the Skillz Curriculum for young people to learn about HIV and to practice the skills necessary for sustainable behavior change. Topics in the curriculum include making healthy decisions, avoiding risks, building support networks, reducing stigma and discrimination, increasing knowledge about testing and treatment, addressing gender issues.

Grassroot Soccer has been operating in South Africa since 2006 and now works in over 15 countries in Africa.  This month, Grassroot Soccer will reach a new benchmark of educating 400,000 youth in HIV prevention with a goal of reaching one million youth by World Cup 2014.

For more on the Commission’s visit, you can view an article on the UNAIDS website here.