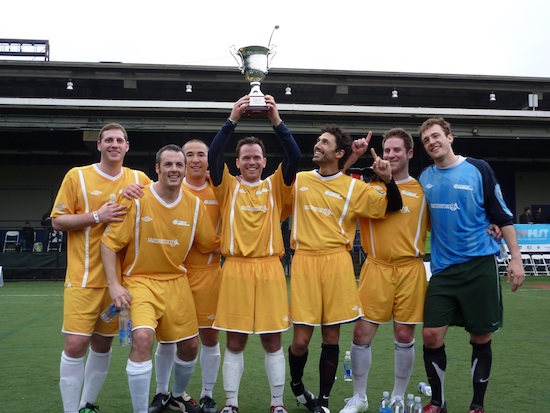 On Saturday, April 23rd, Grassroot Soccer fielded a team led by GRS co-founder Ethan Zohn and took home the winner’s trophy in the 1st Annual NYFEST. NYFEST (which stands for New York Film and Entertainment Soccer Tournament) was designed to mesh the worlds of entertainment, soccer, and New York City in conjunction with the Tribeca Film Festival. The all-day event took place at Pier 40 in Manhattan, and consisted of an industry tournament, a youth showcase, and a celebrity soccer match. 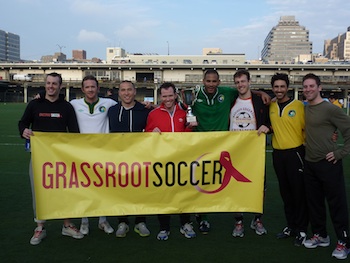 In the 5-a-side industry tournament, Grassroot Soccer beat out 43 other teams  to claim the title. After winning the semifinal in a shoot-out, they got down 2-0 early on in the final match but came back to gain a 3-2 victory over FoodRepublic.  The final game was played in front of an enthusiastic crowd at halftime of the celebrity match. Participants in the tournament games and the celebrity match included former U.S. National Team soccer players such as Claudio Reyna, Cobi Jones, Tab Ramos, John O’Brien, and Tony Sanneh , other sports stars such as tennis great John McEnroe and NBA star Steve Nash,  and celebrities such as Ethan Hawke. The GRS team included co-founder Ethan Zohn, former interns Nick Colacchio, Kellan Florio, Alex Elias and David LaRocca, as well as  current supporters Brian Bush and Andrew Germansky. 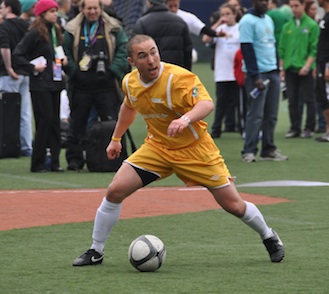 Alex Elias in action for GRS

The event raised over $25,000 for various charities that reach youth through soccer, including GRS.

Bantu overpower Makokoba City Warriors to move up to third